Duane | A Birth Father from Texas 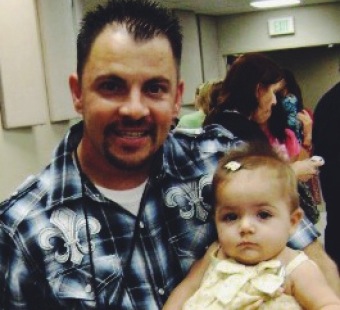 One word to describe how you felt the moment you learned about the pregnancy?

My wife and I chose adoption because we could not financially take on another child.

What? Finances and having two babies ten months apart already. Who? My wife.

Before, although I was supporting my wife's decision, I wasn't going to show any negative thoughts nor grief. I guess it's the way I was raised, but I thought only horrible, selfish, and trashy people placed their child for adoption. After meeting with the adoptive parents and after I learned more about adoption I realized Gods plan. I realized it takes a true angel, someone with enough love for their child to give them a better life.

I don't think I would want to know or do anything different. This was God's plan, a beautiful story that changed many lives and I wouldn't change anything.

As a father I must stay strong and stay in good spirits for my family. Although I don't show it, I have my days where I put blame on myself and often wonder what it would be like to have our daughter, Etta, here with us. The one and only time that I broke (meaning lost it with tears and such) was the day they took Etta. All I could say to the adoptive parents was LOVE.

What's been the greatest reward or surprise of being a birth father?

What's your greatest wish for birth fathers and mothers today?

My greatest wish for birth fathers and birth mothers is that they would believe in God, trust in Him, and you'll begin to know his plan.

BraveLove helps keep my wife in good spirits since open adoption is an on-going quest. I get excited to be a part of helping save the lives of those who can't speak for themselves.

Read an inspiring open letter written by his wife to their daughter.