Rebecca | An Adoptee from New York 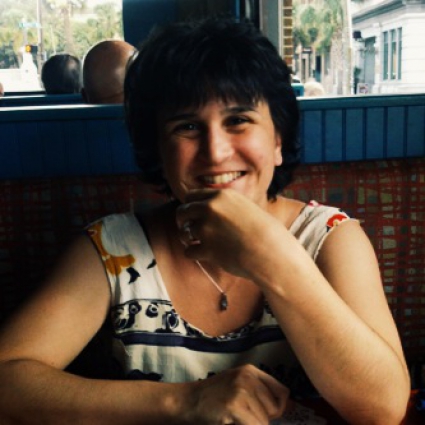 I have known for as long as I can remember. My parents tell me, “there was never a time when we did not tell you, you have known from the beginning.”

They always had books that were age appropriate when I was a toddler. Whenever we talked about family and love, they always told me how I came about and used the word adoption.

It was a closed adoption. I was adopted in Bergen County, NJ through Bethany Christian Services. The only information my parents and I were given was a sheet of non-identifying information. It had my birth mom’s first name, her date of birth, her occupation and her education. New Jersey was not allowed to release the birth mother’s last name to anyone.

Have you ever met your birth mother or birth father? If yes, what was that experience like? If no, what would you want to say if given the opportunity?

This is an interesting question for me. My mother passed away in 1999, but in 2013, I found her picture on Classmates.com. When I saw her, I knew it was my birth mom, Joan Chanowski. It was my high school picture staring back at me. Sad, happy and nervous emotions rushed over me in a matter of seconds.

Has your perception of your birth mother changed over the years? If yes, how?

When I did not know her story or who she was, I honestly had a negative perception of my birth mom Joan. Back in 2001 I wrote Joan a letter, intentionally referring to her as Joan, not mom. In the letter I wrote that I was thankful she put me up for adoption and that I was raised by a wonderful family. I also expressed my desire to find her and thank her, and perhaps become friends with her. I ended the letter stating our paths would cross if it were meant to be.

I eventually got in contact with Joan’s brother and began to learn more of her story. I learned that she was an orphan at a young age and was raised in foster care through high school. I eventually got in touch with others who knew Joanie. One of which told me that she would occasionally wonder out loud if I was happy and doing ok. When I heard this, tears fell from my eyes. I had always wondered if she thought about her daughter.

I got in contact with a family who took Joanie in as their own after high school. She acted as a baby sitter and a big sister figure to their two little girls. I spoke to one of the girls she babysat, and she remembered Joan being so kind hearted and fun, and the person who accompanied her to Mary Poppins, her very first movie. Joan became very close with this family for many years, and then one day just left. I feel as if Joanie never learned how to become attached to anyone, because of her past as an orphan. Maybe she felt since she moved from foster home to foster home that family is not permanent. Joan made the decision twice to place her child for adoption (I have an older brother also).

So, given her story, and her decision to place me for adoption, my perception of my birth mom has changed dramatically. When I pieced together her life, all those negative feelings dissolved. I know without a doubt she made the choice she did out of love. I do consider her a mother. A mother makes the best decision for her children, even if it breaks her heart. Joan’s choice is one of the bravest.

I think some women think about years down the road, and they do not want to disturb the life made for their child. Or, they do not think they could move on with their life knowing they have a child that is theirs but is part of another family.

How would you define the word mother?

Since I have pieced together my birth mother’s life story, I have changed my definition of a mother. Joan is a mother by all means. All birth mothers are mothers. Birth mothers put their children first by giving them a chance at a future they may have never had if they were not placed for adoption. If you look up “mother” in a thesaurus, I think the word “birth mom” should be a synonym.

My greatest wish for birth mothers today is to shed the sadness they feel over the decision they made to place their child for adoption. The greatest gift a birth mom gives her child is a bright future.

That there is a place birth moms and others can go to realize there are heroes all around them, and they are known as birth mothers. I am excited for stories to be told by all those touched by adoption, and through those stories the myths about birth moms will dissolve, and in their place the truth about their bravery will stand.