"I had to let them go so that we could all live." — Aimee's Story

Warning: The content of this story contains very sensitive subjects and potentially distressing material about the effects of depression and mental illness.

My name is Aimée Farrell, and this is my unconventional adoption story.

My story begins long before my children were born. I was in my early teen years when I began to show signs of serious mental illness. I would go into deep bouts of depression to where I couldn’t get out of bed for days sometimes weeks, and then I would have days and weeks of mania to where I didn’t sleep for a week. I had no clue I was sick. 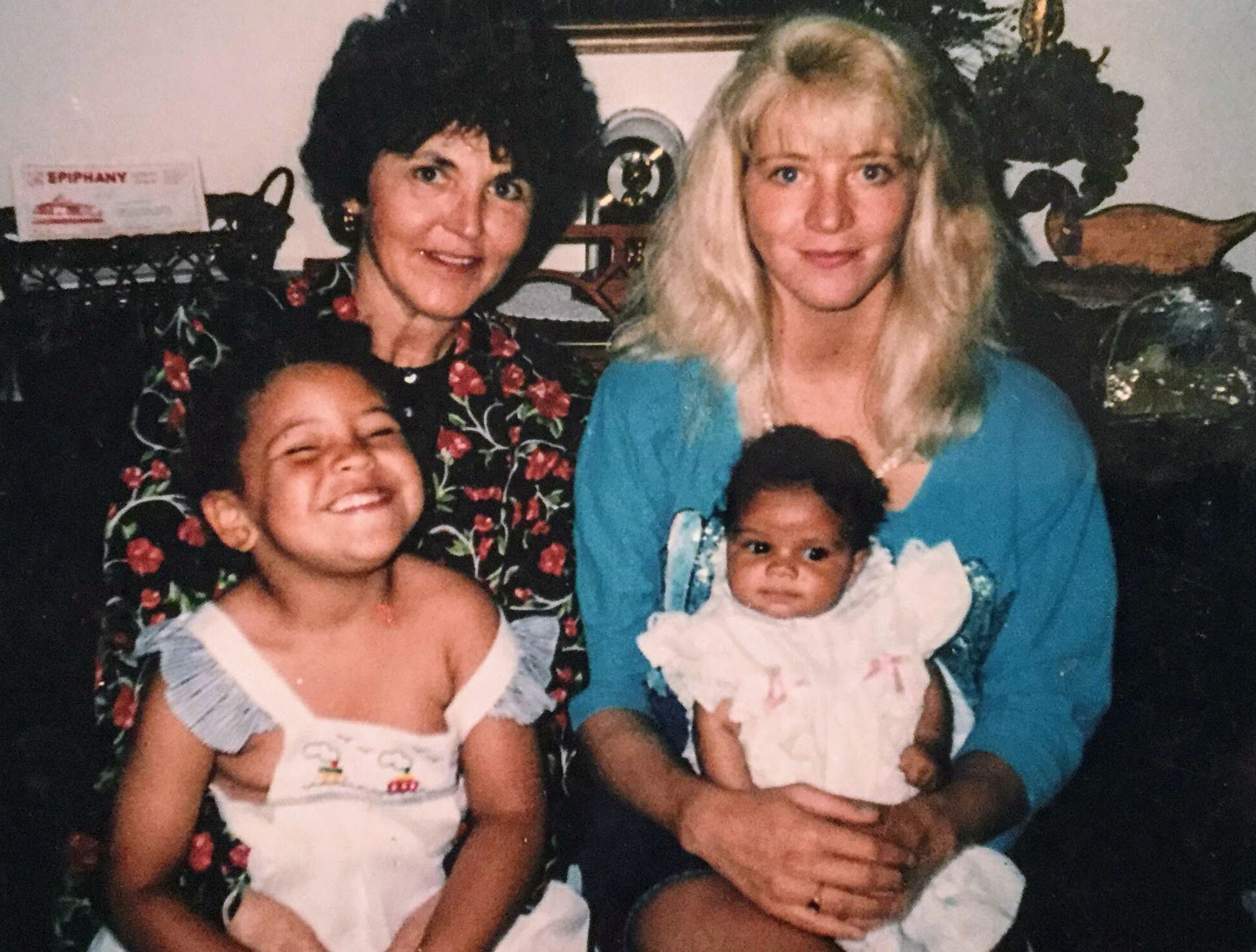 Mental illness runs in my family. Growing up I heard only the negative comments; the stigma was horrible. I met a man early out of high school and was in a relationship with him that lasted a little over ten years. By 1993, we had two daughters together. During this time of raising my girls and going to school, I would have episodes where I couldn’t get out of bed for days on end, and my parents and family would step in and care for my children until I “pulled myself out of it.” These episodes would last a little longer as I got older.

By 1995, the relationship with my children’s father was struggling. By early spring, I was pregnant with our son and then shortly thereafter we broke up. So I moved and began to raise the kids on my own. The ups and downs of my mental illness were having a serious effect on my children. I continued to have my episodes of depression and my family would step in to help and as I came out of these depressive states. Finally, I agreed to go see a psychiatrist. I was diagnosed with rapid cycling bipolar disorder and was put on medication. The problem was that as soon as I began to feel better I would stop taking my meds and go back into the vicious cycle again. This is not uncommon with the illness.

Then came an episode of depression that was the turning point in my life. It had gotten so bad that my parents took my children to their home to live until I pulled myself out of it…. again.

I woke up one day and looked around my home, and did not like what I saw. My home was a pitiful mess. How did I manage to get these girls off to school? How did my children survive in this unpredictable life with me? It broke my heart. While my children were staying with my parents, I found the extra time to go to my church and I would pray. The more I went to pray the more I felt God call me back there to that chapel. Something was stirring in me. I felt God instilling in me a peace and a knowledge that I wouldn’t completely understand until much later. Then one night at the chapel I felt that God revealed to me the only thing that was going to save me. I found myself pleading on my knees, sobbing, and begging him for it to be anything but what I knew he was telling me in my heart. 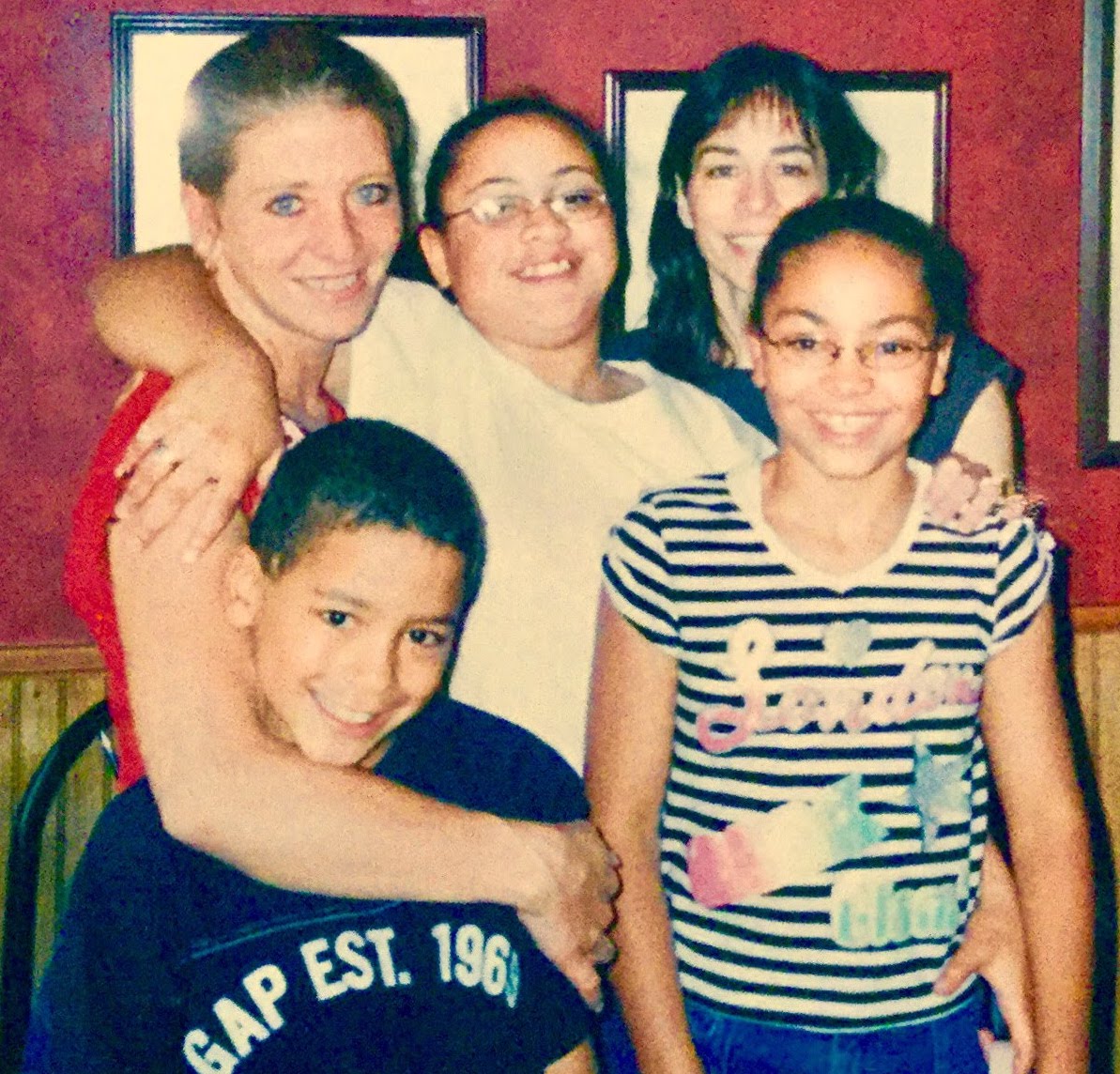 One evening as I was putting my kids to bed, my eldest daughter asked me a question that stopped me in my tracks. She said, “Mommy, can you make me a promise? Can you promise me that you’ll never ever be sad again?” As she began to cry, I realized at that moment that I couldn’t promise her that, and it ripped my heart out seeing the pain she carried within herself. I had no idea how sick I was until that moment.

After more prayer, I knew what God was telling me. I called my mom one evening and told her I couldn’t do this any longer to my babies. They deserved so much more than what I was giving them. My parents were so supportive. They decided they would adopt my kids, but God revealed that was not part of his plan either. My dad was diagnosed with prostate cancer and so we decided to turn to our church for help. A family we knew in our parish was interested in adopting my three children. They had already adopted two from another family and had children biologically as well. Luckily with them having other kids, they had new friends and siblings to play with. As my children stayed with them more and more, a noticeable change was seen in them. My girls’ grades improved. Their reading skills got much better. They weren’t wetting the bed or having night terrors any longer, and the sparkle in their eyes returned!

As painful as it was, I knew it was the best place for them.

I would cry and scream at God in that chapel. I was brokenhearted and angry —

"Why would you give these children to me and then take them away for someone else to have?" 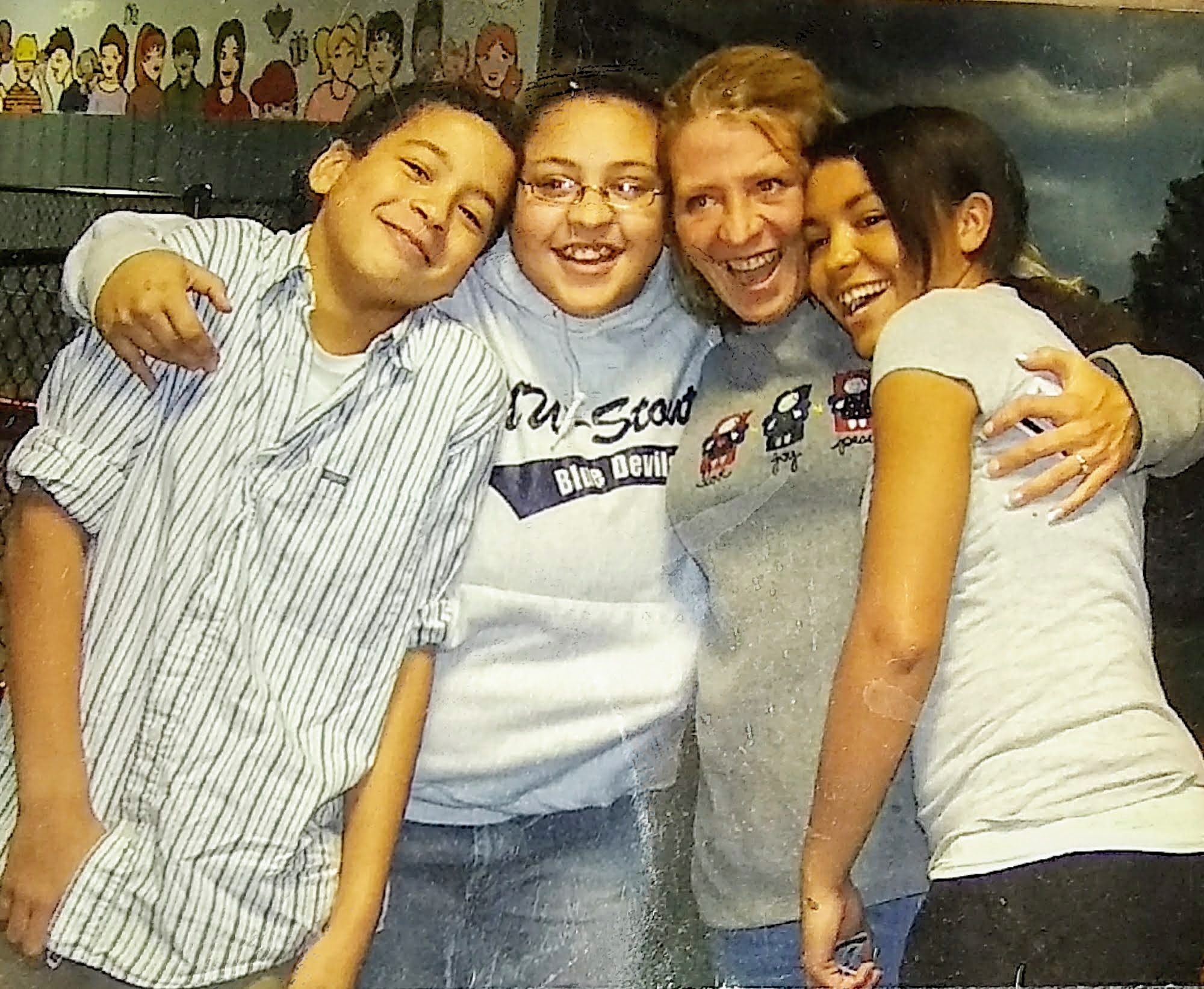 In my heart, I felt him saying to me that they’ve always been His children, not mine and that I had to let them go and one day I’d understand. That was a powerful moment for me. A changing of my heart and mind. It was no longer about what I wanted, it was about following God’s plan for my children no matter how painful it would be.

During the relinquishment process, I just kept hearing in my heart “I never said it would be easy, I said it would be worth it.” The transition for my kids went as well as it could have. We went to court, and I terminated my parental rights and their parents adopted them. The first years were extremely difficult for me. Though as time passed, I worked hard to live a healthy, stable life that my kids could be proud of.

Today I’m happily married to a man who is strong and loving and extremely patient. I’m alcohol and drug-free, and I take my medicine every day. I eat much healthier, and my life is beautiful! I still have my ups and downs like everyone, but I know how to care for myself.

Today, my children and I have constant contact with each other. My oldest daughter Jamie is studying for her Masters in Education and is married to a wonderful man that I adore. They have given me two beautiful granddaughters that I see every chance I get. My middle daughter Madilyne just graduated from the University of California with her masters in Social Work and is helping families with parents that are struggling like I did. My son Dylan is currently in college getting his major in History and pursuing his talents in music as well. All my children have grown into healthy productive adults, and I can say with utmost certainty that it would have turned out a lot different for them if I had not chosen life for them and for myself. 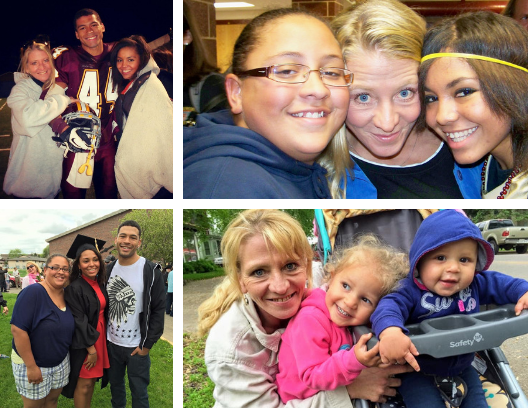 I found my bravery and strength through the challenge of making the most difficult decision all while saving my own life and giving my children a life they deserved.

I had to let them go so that we could all live.

Aimee is a visual artist though she calls herself just a storyteller. When she's not seen with a camera glued to her hand, she can be found painting and writing poetry. When Aimee and her husband Terry are out enjoying the seasonal changes in Minneapolis, you can bet their two sidekicks - their pugs Parker and Winston - aren't far behind. She said the best thing she has ever experienced is seeing life through the eyes of her two granddaughters, Ellie and McKenna. Aimee is currently writing her memoir on adoption "Beyond Giving Birth - the Journey through Grief to Healing."