"We may have not become family in the most conventional way—whatever that means—but we are family." #BraveLove
Posted by Friend BraveLove | 5 min read 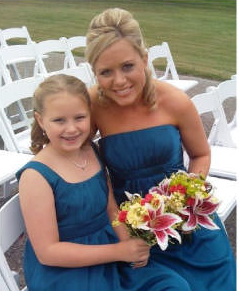 I was recently asked if I could imagine my life differently—if adoption wasn’t a part of it. Just the thought seemed almost impossible!

If the Neimer’s weren’t a part of it? You see, the Neimer’s are my family. I’m 32 years old and they’ve been family for almost 15 years. Can you imagine your life without part of your family? Yeah, me neither.

We may have not become family in the most conventional way—whatever that means—but we are family. We are family because God hand-picked each of us to be a part of a child’s life. His plans began well before the summer of 1999, but that is when a sweet baby girl named Taylor was born and the joining of our families began.

I was 17 when I found out that I was pregnant. My first thought being, “wait a minute, this kind of thing does not happen to someone like me!”

I was a “normal” teenager by most accounts. Active member of my youth group at church, head cheerleader for my squad, athlete and leader in my class. I had a serious boyfriend, my first—and he was just as much a leader in school. We spent most of our time at sporting events for school, going out to eat and to the movies. That’s when I realized that stereotypes are just that—assumptions. Don’t get me wrong, I’m not promoting teen pregnancy. I’m just encouraging others to think twice before assuming a pregnant teen is one that parties, has no regard for responsibility and has a lack of parental direction (did I mention that my parents were extremely involved in my life and that my father was superintendent of schools in our town?) 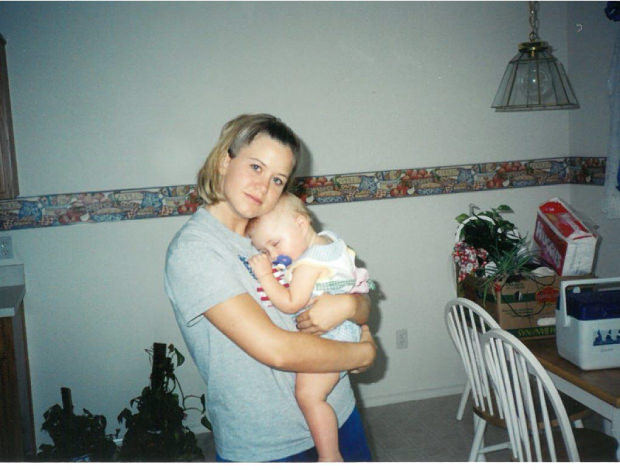 After the denial wore off, we realized we had two choices: 1) parent the child or 2) place for adoption. Other than a paper I wrote in 9th grade about when an adopted child should be told they were in fact adopted, I knew little about the topic. And I think my head almost exploded and my heart jumped out of my chest the first time I heard the term “open adoption.”  The little I did know about adoption involved a person placing their baby with strangers and never seeing them again.

Oh, and as a teen finding out they were adopted by digging through dust covered boxes of paper in the attic. Well, that’s how it happened in the Lifetime movies I watched, anyway. I never dreamt that we could place a baby for adoption and still get to be a part of their life.

Making the first of several major decisions, my boyfriend and I jumped right in to counseling sessions at Buckner Adoption and Maternity Services. Although we were leaning toward adoption, our counselor took us through many lengthy sessions of exploring both parenting and adoption. And not just for us, our parents were also very active in attending their own sessions to learn how they could best support us during our time of decision. Although our decision, it ultimately would have an impact on our entire family emotionally and financially.

I never dreamt that we could place a baby for adoption and still get to be a part of their life.

In the midst of this emotional whirlwind, talking with our counselor and participating in the support groups provided by Buckner helped us to maintain reality. This baby was on her way into the world and it was our responsibility to make the best choice for her. That’s pretty heavy for two teenagers. Oh, and I forgot to mention we lived in a town with a population of around 2,000 people. If you are from a small town, you know that everybody has an opinion and they aren’t afraid to share it with you—or someone else. 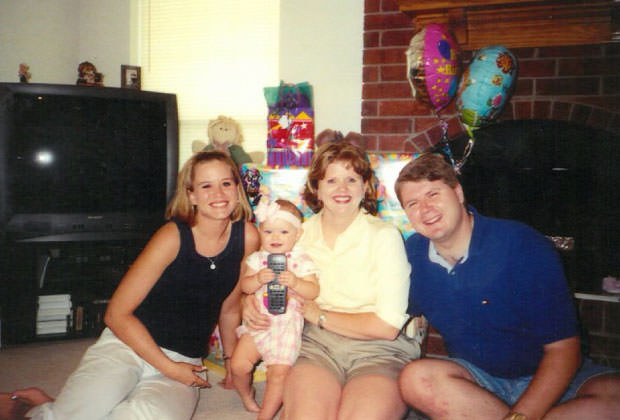 But it wasn’t anyone else’s decision. It was our decision. Our amazing and selfless parents supported us with whatever decision we chose. And after countless prayers and several sessions looking at real life implications (like budget, jobs and school), we decided that adoption was best not only for our birth daughter, but for us as well. We realized we could never provide the emotional and financial support that she deserved.

When we made that decision, I never dreamt that almost 15 years later, I would have the connection I have with Taylor and her family. I mean, one can hope, but you can also imagine the uncertainty from all parties involved. We were, after all, new at this whole open adoption thing. I’d like to say that we picked the perfect parents for Taylor, but that would be false. God picked her family.

People have often said things to me like “Oh, I just don’t know how you did that…I just don’t know if I could ever do that…It must have been so hard”—to which I want to reply, ‘duh!’ I was carried by the support of my family, the Neimer’s, and my counseling at Buckner, but most importantly my faith in our Lord. From the placement ceremony where I was physically numb, to the times when leaving after a visit were less and less difficult, to absolute joy as I was able to experience many of Taylor’s “normal” childhood activities and firsts.

So, back to the part where I can’t imagine my life without the Neimer’s. It’s simple. We are family. Our families were “married as one” and our relationship has evolved to something that can only be described as a “God thing.” I respected Taylor’s parents, Brad and Shelley, for who they are from the beginning. They are her parents. I get the honor of being her birthmom, which is pretty amazing. The love I have for her is indescribable. And as my own family grows, you cannot imagine the joy that fills my heart when Taylor takes “selfies” with my 3 ½ year old daughter and how excited she is to meet mine and my husband’s second little princess in May.

So, I was asked to keep this under 1,000 words, so I’ll wrap it up (although I could write a novel about adoption and our relationship). I share my story for many reasons. My hope and prayer is that by sharing, I can inspire. Even if it is only one birthparent, birth grandparent or adoptive parent – that our story will encourage those seeking information about adoption to ask more questions, to find more answers, to really understand the beauty of adoption. 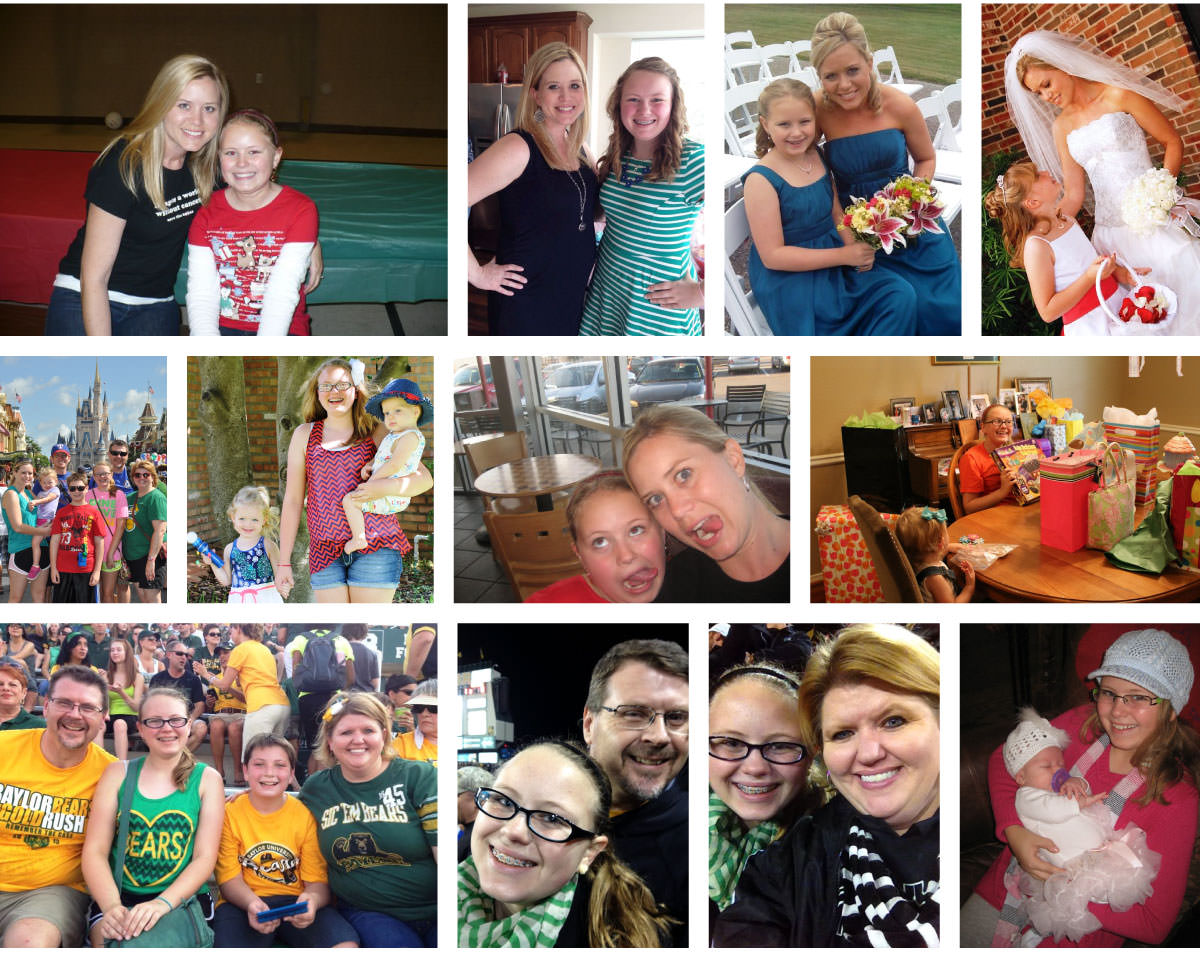