Emilie: A Birth Mom's Side of the Story

I love Ellery so much and on that day I loved her enough to entrust her into the hands of two amazing parents.
Posted by Friend BraveLove on February 28, 2017 | 9 min read 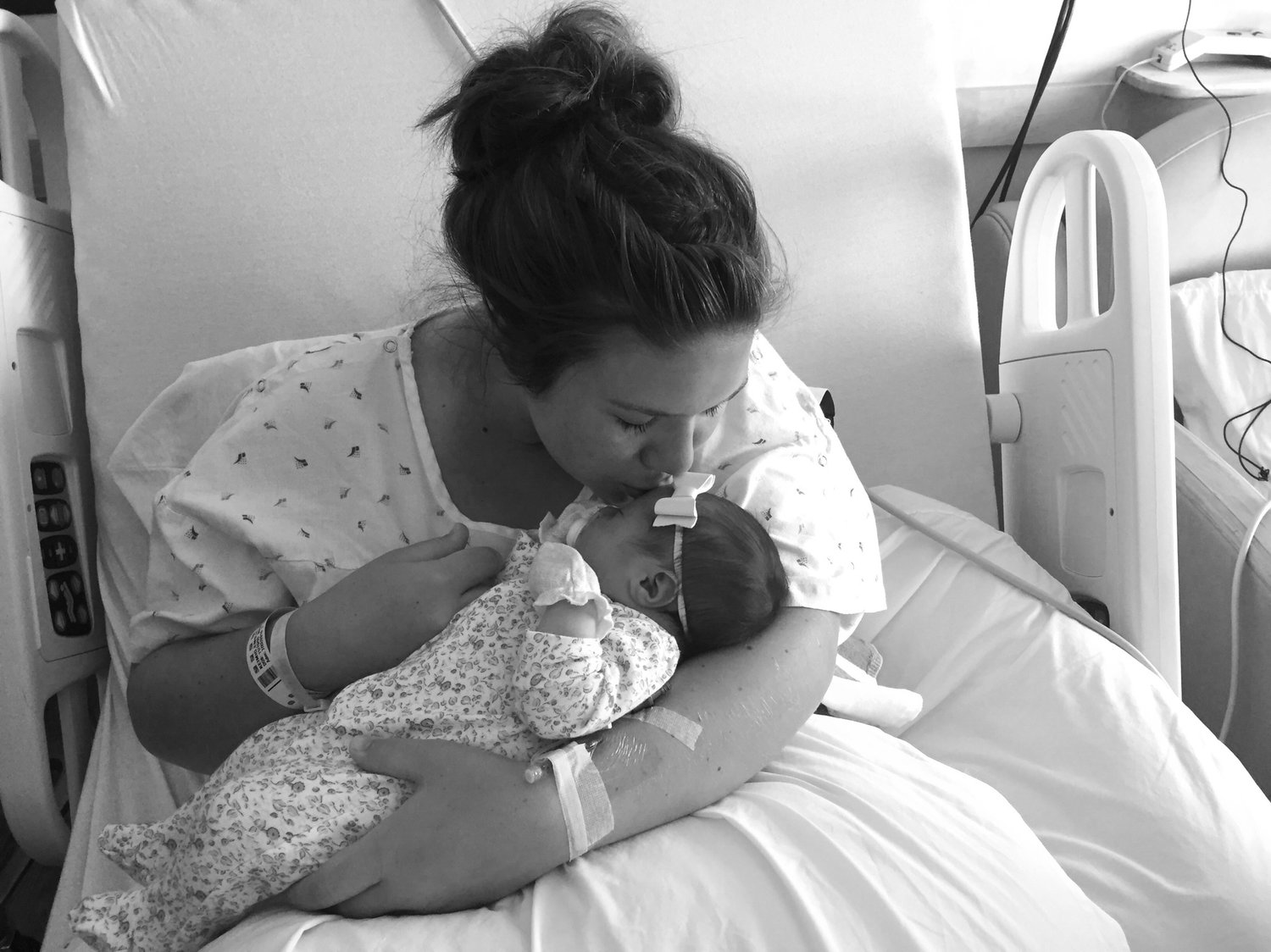 A night of partying with friends turned into a night I was taken advantage of. Little did I know that 280 miles away, on the same night of October 24th, a woman was in a nursery praying for a birth mom and her child. That night God gave her the verse, “He will guard the feet of his faithful ones.” (1 Samuel 2:9) This is the prayer she prayed over me, and my baby for the next nine months almost to the day. Ellery was born July 23, 2016 at 1:39 PM, weighing 8 lbs. 6 oz. and 21 inches long.

I found out I was pregnant on my 22nd birthday. On November 19, 2015, I walked into the student health center by myself, took a pregnancy test, and was told by the nurse it was a “strong positive.” My heart sank. How could I be pregnant? This was not part of my plan. I was graduating from dental hygiene school in four months. I had board exams to prepare for. I was a poor college student. I didn’t have a boyfriend, I wasn’t married, and I didn’t sleep around.

As I sat there in shock, the nurse handed me a packet of information. She told me I had options; abortion, adoption, or parenting. The drive home was blurry. As soon as I got in the truck I burst into tears. I drove myself home, opened the door, walked into the bathroom and I looked at myself in the mirror. I told myself to stop crying. I had to pull it together and get back to school.

Shortly after finding out I was pregnant, I contacted the birth father. I found out who he was and contacted him through a mutual friend. I have a feeling he knew what I was going to say. I told him I was pregnant. The first words he spoke were, “so, you’re going to get an abortion right?”  I replied, “No, I do not feel right about abortion.” The words he spoke that stung the most were, “I'm not ready for this. I'm going to graduate this year. I have my whole life ahead of me.” Through the tears I said, “yeah me too…”

I felt the weight of those statements more than anyone. He could choose not to be involved and not have to deal with the physical reminders of what had happened. I was the one who was going to carry a baby for nine months. I was hurt, confused, embarrassed, scared, and alone. Through my heartache, God became so real, so faithful and so good. I’m not going to lie, it was a hard road, but I could not have done it without Jesus.

Thanksgiving break came and I was heading home to see my family I was beyond nervous to tell them. I was scared and I didn’t know what was going to happen. When I told them there was shock and pain, but most of all love. I will never forget the words my dad spoke. He said, “Emilie, there is nothing you could ever do to make us stop loving you.” I have never quite experienced God’s love the way I did that day. I wanted them to be mad at me, but they weren’t. I wanted to be punished, but all they did was love me.

I was not ready to raise a child by myself. I knew that I was going to choose adoption. I wanted to bless a family with a child. I loved this baby already and knew I would not be able to give them the life that they deserved. They deserved to have a father who loved them. That was my prayer, for my baby to have a mother AND a father.

On December 23, 2015, I had my first doctor's appointment. It was the first time I saw the little baby growing inside of me. As the doctor performed the ultrasound she informed me I still had “options”. There was still time to terminate the pregnancy. I told her I had my heart set on adoption. I started my routine prenatal care in January with a doctor who could not have been a more perfect fit for me. He was so caring and sensitive to my situation.

He told me I was his hero, but I didn’t see myself as one.

The months of January through March were a blur. I was focused on school instead of dwelling on the fact that I was pregnant. On March 6th I graduated dental hygiene school at 5 months pregnant. After graduation, I decided it was time to start the adoption process. On March 15th,  I reached out to a local adoption agency, and right away I was connected with Morgan, an amazing woman who became my advocate and friend. We talked over the phone and set up a time to meet.

At our meeting on April 5, 2016, I saw the profile book of my baby’s family. As soon as it was placed in front of me I knew it was them. As I flipped through the pages, God was tugging at my heart and I wanted to meet them.

On April 22, 2016, I met the parents of my baby, Kenny and Kimberly — two incredible, God-loving people. Throughout our meeting, they were so supportive of me. Not only were they going to love my baby, but they were also going to love me. They had been praying for a birth mom, not only for a child. After our meeting, I confirmed I wanted to be matched with them. Over the next few months, we communicated through our agency via texting. I loved getting to know them. We even got to see each other a few times before Ellery was born.

After I met Kenny and Kimberly in person I wanted to find out the gender of the baby for them.

I learned it was a girl, a sweet little girl.

I loved her so much, even before I met her.

At night I would talk to her and pray for her. Asking God to protect her and for her to grow into the amazing woman that He designed her to be. As time passed I was able to feel her move and grow.

The months, weeks and days leading up to delivery were a swirl of emotion. I was so excited for Kenny and Kimberly to be parents to a baby girl. I was happy Parker was going to be a big brother. I was scared to go through childbirth. I was sad to think of not getting to feel her move and kick anymore. But above all, I felt peace.

Ellery entered the world at 1:39 PM on July 23, 2016. I had asked Kimberly to be in the room with me for the delivery along with my mom, sister, and Morgan. I had also asked Kimberly if she wanted to cut the umbilical cord. I could tell she was speechless and was so thankful. I cannot tell you how grateful I am for the special bond that Kimberly and I have. Words cannot adequately describe it. I just know that God had a plan, even when I did not.

The hours that followed were bittersweet. I was able to look down and see a sweet baby girl in my arms. I am not an emotional person, but when I saw her face I couldn’t help but cry. I had never seen anything so precious and I had never loved anyone more.

Ellery stayed in a separate room that night with Kenny and Kimberly. Before bedtime, they came in to visit. I got to hold Ellery and feed her the smallest bottle I had ever seen. We were all in the room, talking and laughing, trying not to dwell on the tough day ahead.

The next morning it was time to sign the adoption paperwork. As I signed my name on the dotted line, the weight of what I was doing for Ellery began to sink in.

I love Ellery so much and on that day I loved her enough to entrust her into the hands of two amazing parents.

Saying goodbye was difficult. I could see the love in their eyes for me as they thanked me for what I was doing. I was sad, but also happy because I knew I would get to see them again. I would see Ellery again. I would see her grow up. I would still be a part of her life.

As I kissed her little forehead goodbye, I told her I loved her.

My family got to say their goodbyes as well, and we prayed together before they headed home.

Things had settled and I was in my room for a little while by myself. For the first time in nine months, I was alone. I sat in the hospital bed feeling empty. I wept, thanking God for what He had done. He let His son die on the cross for my sins. In that moment I imagined how hard that must have been. I loved my daughter so much and yet I knew she was going to go live with a wonderful family.

I was able to return home after a couple of days in the hospital. As I left in a wheelchair with an orchid in my lap instead of a baby, I got a strange look from an expecting couple that was touring the maternity wing.

I am beyond thankful for the relationship I have with Kenny and Kimberly. I trust them with my whole heart and I am so glad they are Ellery’s parents. It means so much to me to know they are continually praying for me and that they want to honor me for what I have done.

It’s hard for me to accept a compliment or be looked at as a hero. I know I would not have been able to be so brave without my faith. I want to raise awareness for birth moms, for adoption and for what adoption can be. My hope is that my story will be able to encourage others. 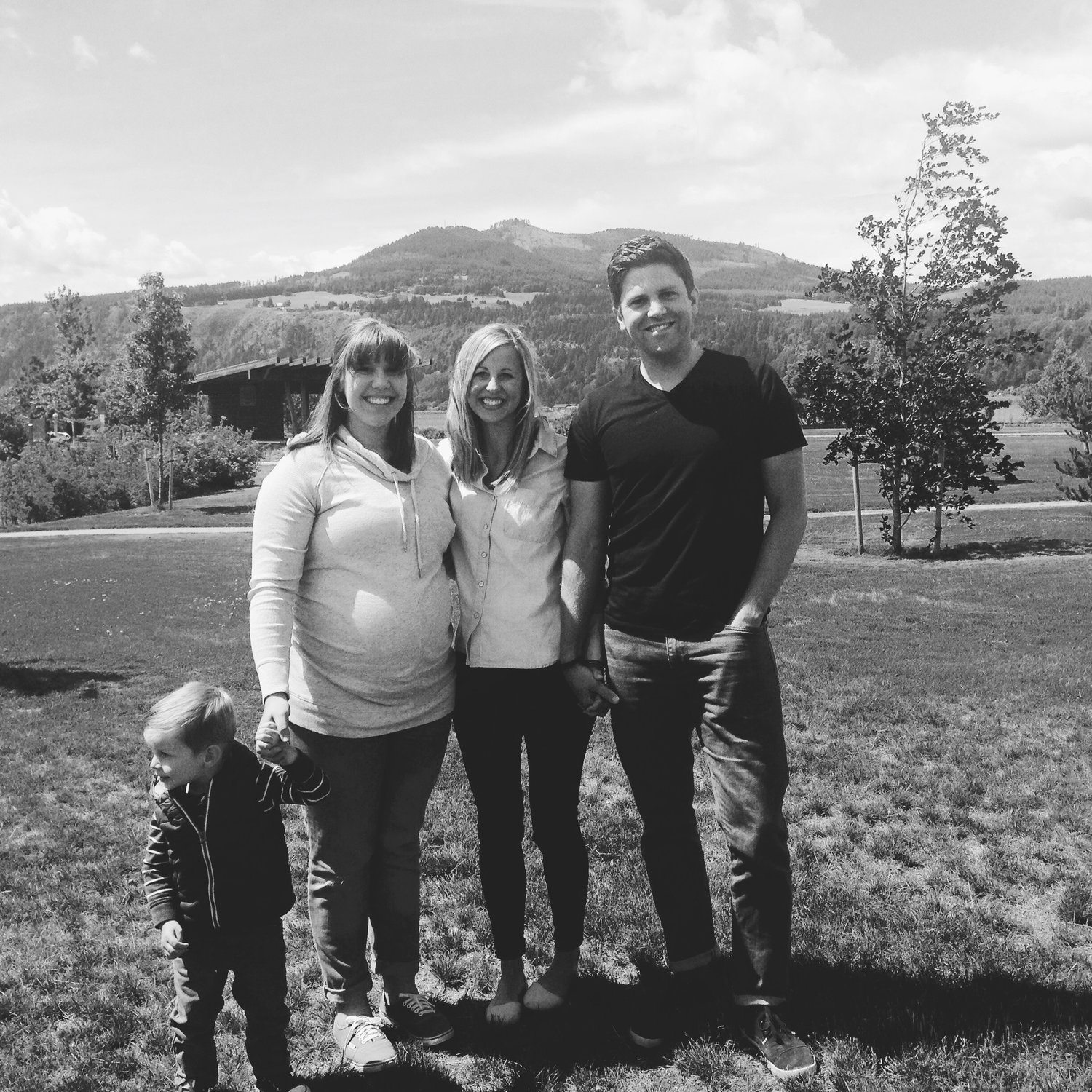 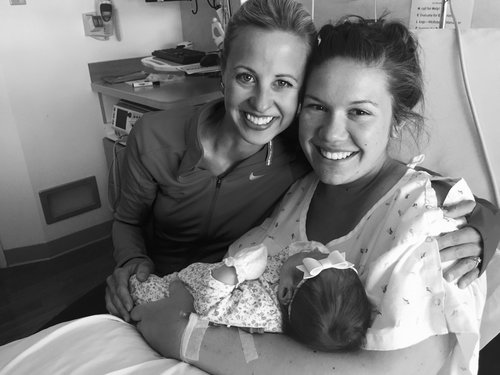