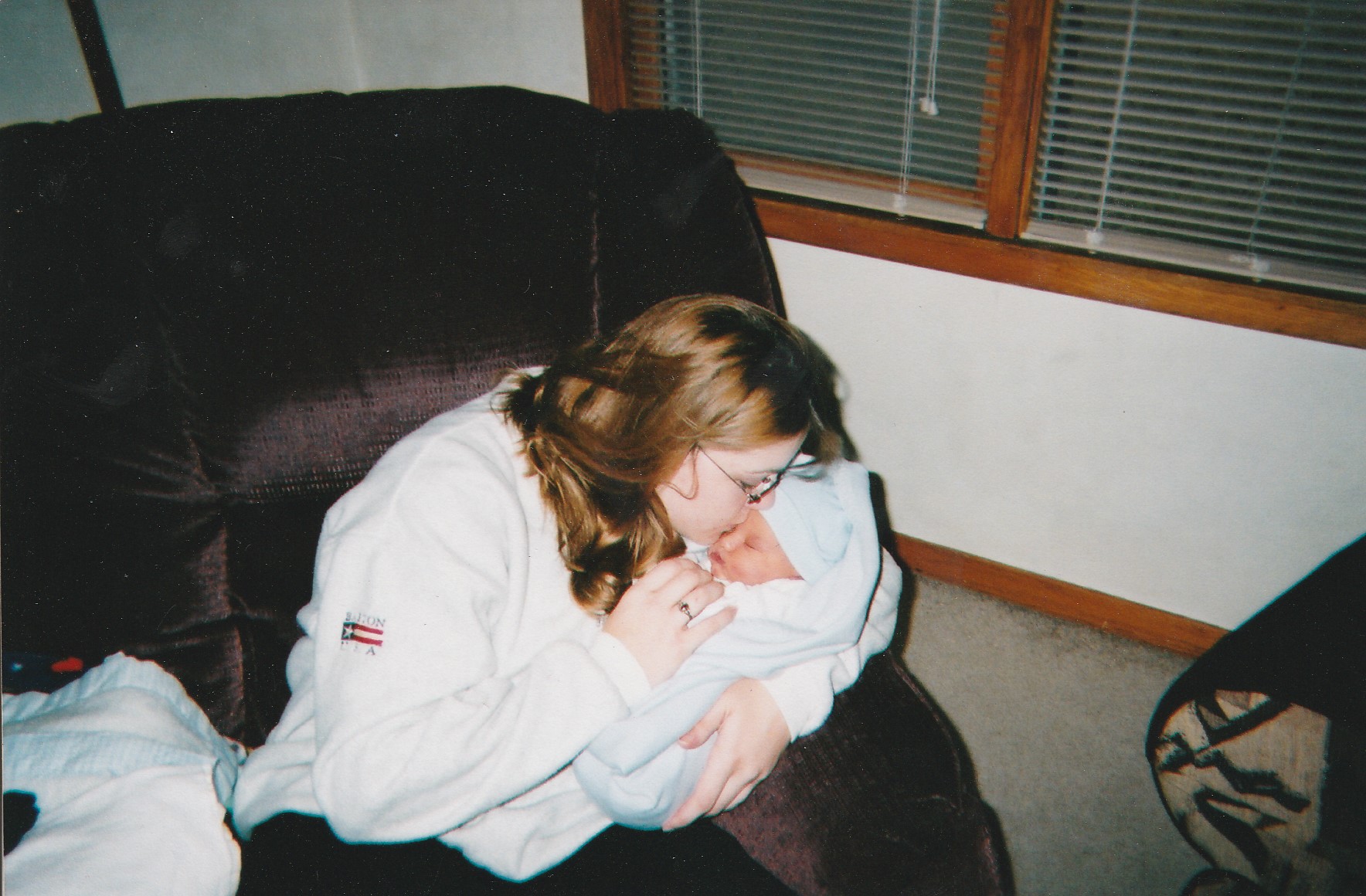 My story began right before I graduated high school in 2000 in a small town in Kansas.

I was starting college in the fall. I had been living on my own for a couple months in a tiny apartment. It was small but it was all mine. I had a job that I enjoyed and lots of friends. We were all ready for the summer. The only thing missing was a boyfriend.  I felt everyone else had one and for me to fit in, I needed one too! There was just something in the air and I wanted to grab it. I had had only one boyfriend during high school and we had just broken up. I wanted ﬁreworks and the romance novel that I had never had.

Two months before graduation my world was ﬂipped upside down. THE guy. The excitement and all the feelings. Fireworks even! He even had a motorcycle for crying out loud! I fell head over heels and everything moved quickly.

Mid-summer I found out I was pregnant. I had no idea what to do. 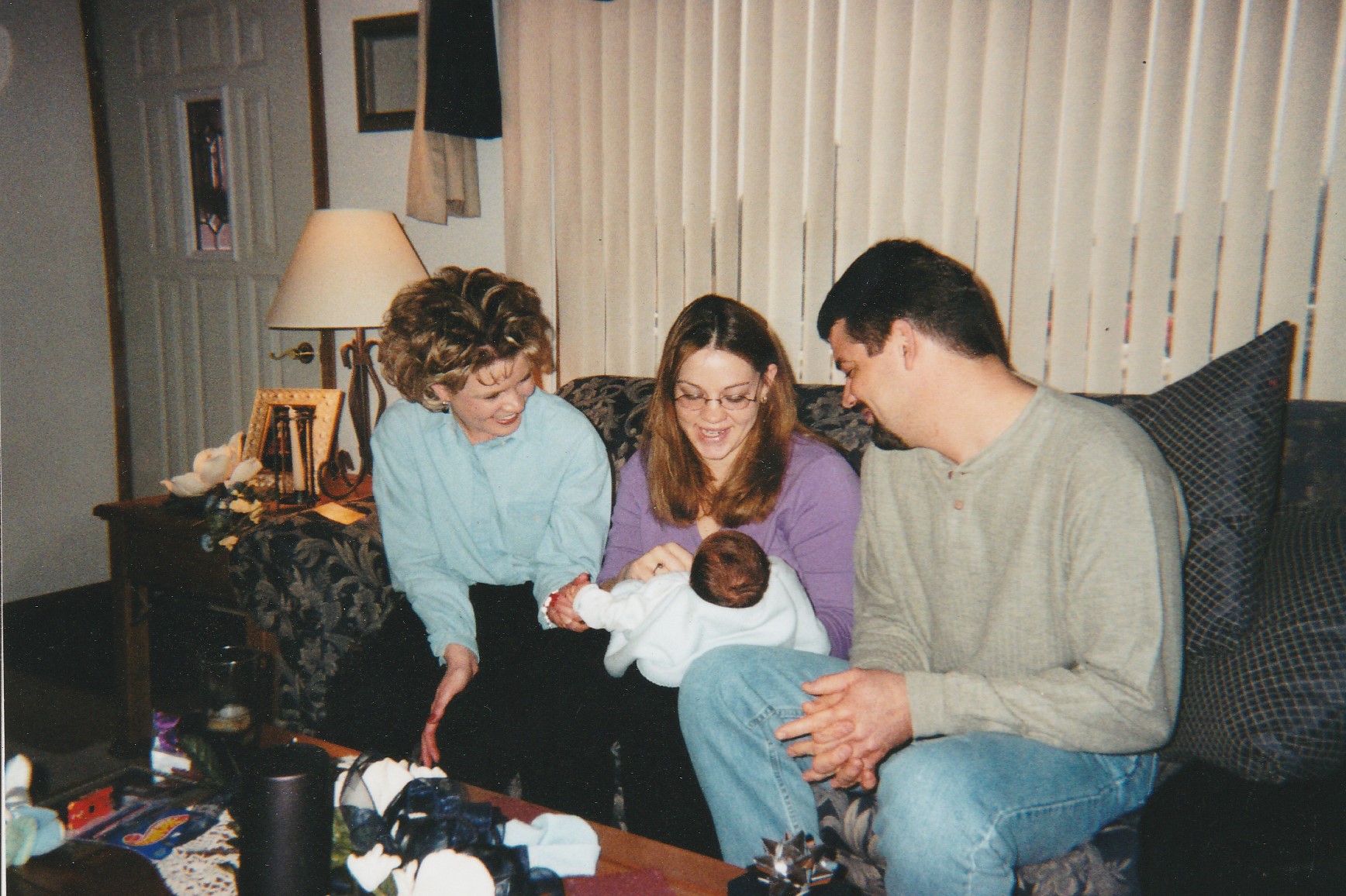 parents divorce 10 years earlier. I couldn’t disappoint her, or the rest of my family with my news. I had been the good girl until I wasn’t. So I hid my secret. Thinking I could handle it all on my own.

When I told the guy, the babies father, who I thought loved me, he was ﬁne keeping the secret. He said we should break up. That way, if I didn’t have a boyfriend I couldn’t be pregnant. Right? I thought it was sound reasoning. He saw other girls but told me he didn’t. He checked in and called me daily. That’s it.

Life went on. I wore baggy clothes.  Tried making it to class. I had horrible morning sickness that was really all day sickness. I went to work. Slept a lot and had girls nights at home. The babies father was dating. His girls didn’t like him calling or seeing me. So there was a lot of drama. They called at all hours and yelled at me. Came into my place of work. Drove around my apartment. So I needed a plan. I knew that I wasn't going to be able to keep going the way I was. It wasn’t healthy for me or the baby.

I am forever grateful for my best friend who helped me plan.  She was very big in our church and knew just who to call. She even came with me to my ﬁrst few counseling sessions. She held my hand and was a shoulder to cry on. Forever my BFF.

I had decided on Catholic Social Services and they set me up with a wonderful counselor. She told me all my options. I very quickly knew open adoption was the best choice for me. I knew I wanted my baby to have a mom and dad. I wanted stability and security of two loving people working as a team. I couldn’t even get the birth father to come to all the sessions with me. Let alone support and security.

I ﬁnally told my mom that I was pregnant right after New Year's 2001. She was shocked and didn’t believe me at ﬁrst. By that time, the drama had gotten so bad with the baby’s father that I had decided I had had enough. I decided to leave town the last couple months to be closer to my doctor. It was there that I found the most amazing couple to adopt my baby boy.  I had been through binder after binder of couples with my counselor. My doctor knew my plans and told me of a couple she knew. They were local to the area I moved to. As soon as I saw their picture, and read their proﬁle, I knew they were the couple for me. They were exactly what I didn’t know I was looking for! It was an answer to my prayers. They were excited for an open adoption and were ok with me being involved with their lives. We met and hit it oﬀ. The last two months ﬂew by and before I knew it, I was in the hospital having a beautiful almost 9 pound baby boy.

Once he was here, my whole life changed and I became a completely diﬀerent person. Every parent says that but for me, I couldn’t go back to who I was before. I left town. I never went back to school or the town I grew up in. Left my life behind completely except for a few close friends and my close family. I tried keeping close to the birth father, but he had hurt me the most. He hadn’t been there for me at all but he was the only person who could maybe feel the same things I felt. The baby was supposed to be a piece of him too but he just couldn’t ﬁll the hole I now had. It had been my decision. So why did I feel so bad? What did I have now? I didn’t get the guy. I didn’t have a baby. I was a mess.

I also had a lot of guilt. And I felt like a disappointment to myself for not even giving it a shot at being a parent. I did't think that I would have all of that since it had been my decision to place my child with his family. I got to see him growing up. So what was wrong with me?

It took awhile for me to ﬁgure that out. I made a lot of mistakes and things I’m not proud of. For a year or two I even stopped going for visits with my son and his family. I still received pictures and updates.

The beauty of open adoption. There is always a window to see that everything is ok. 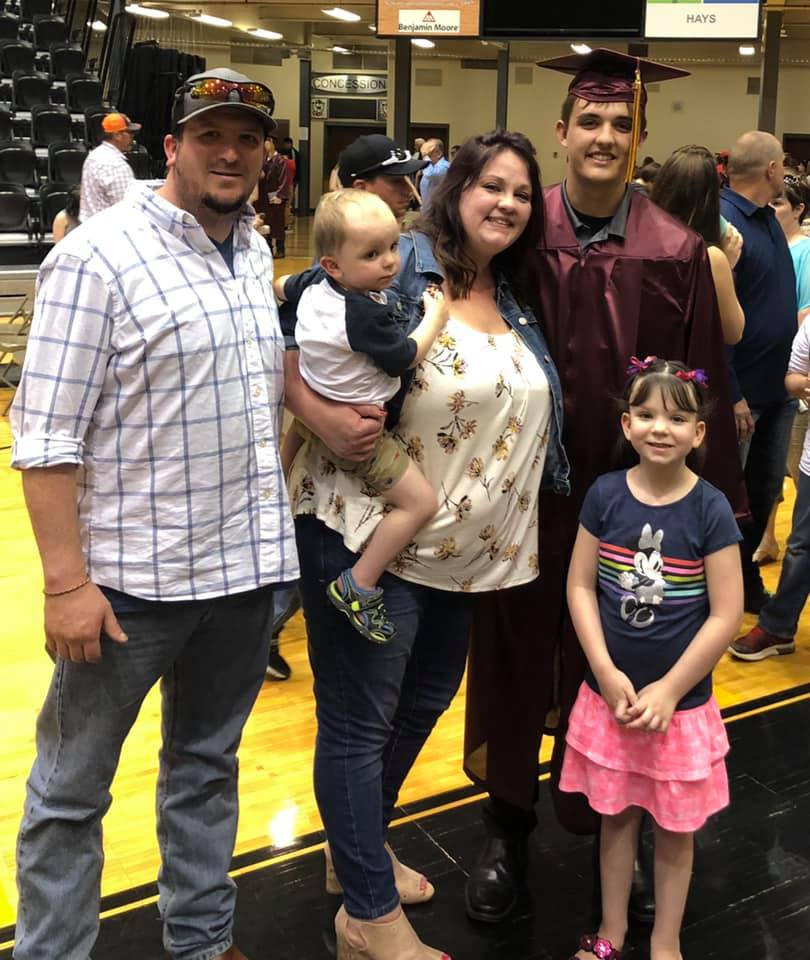 Jump to 2009. I found my happiness again. My now husband showed me what LOVE really is and I should be proud of all the things I had been through. He stuck with me and never has given up on me. He has been the man I was looking for all those years ago. I think he saved me. We were married in 2012 and my son and his parents were there to wish us well.

We have been married 7 years. I now have a ﬁve year old daughter and a two year old son. My daughter calls my son who was adopted her big brother and we just got to go see him graduate high school in May. It has all come full circle. Adoption is beautiful. It wasn't always happy go lucky. It was almost a disaster at times personally for me dealing with the relationship with the birth father. All in all, I am so glad it was the path I got to travel. It has made me who I am today. I wouldn’t trade her for anything.

Have you been impacted by adoption like Emily?
If so, we want to hear from you.