When I laid eyes on him for the first time, I fell in love. We went on this journey for a reason.
Posted by Friend BraveLove | 6 min read 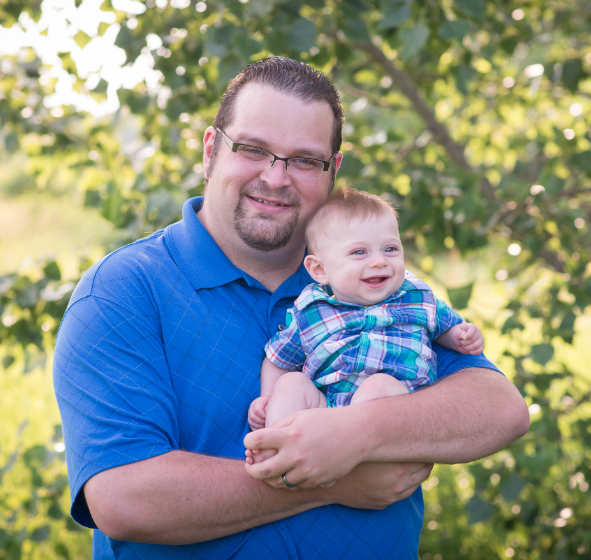 We are finishing the Extended Family Series today! We are sharing the story of Micah's adoption told by Kevin, his adoptive father. Find out how Kevin went from being closed to the option of adoption to experiencing a more open adoption then he ever could have imagined. Meet Kevin...

I have always wanted to be a father.  Even as a child I would think about what it would be like when, one day, I have a child of my own...

I thought of the things I would like to pass down to them, the experiences, the memories I would like to create with them, my faith, my fanboy level love of Superman. The one thing that never crossed my mind was adoption.  In all those dreams it was always assumed that the child would be of my flesh.  This is probably why it took me so long to come around to the idea of adoption.

It wasn’t long after my wife and I got married that it became evident that we had some infertility issues.  It became clear very quickly that my dream of becoming a father was going to be harder for us than for most.  We spent years and a good chunk of money trying to have a child of our own.  It wasn’t easy. As a youth pastor, I was not making much money, so to invest in these infertility treatments was quite the gamble, especially when I looked at the odds.  However, I knew so many people who went down this road and were successful.  In my mind, it was a sure thing.  I believe wholeheartedly in God.  I knew that if there was one thing in this world I could be good at, it was being a father.  How could an all-knowing and all-powerful God not give us a child! Of course, he would make this work! Yet it seemed with every step we took we would find deeper issues.  My dream of becoming a father was getting further and further away. Until one meeting with our infertility specialist confirmed what had become my worst fear.  He sat us down and told us that we would not be able to have biological children.  I cannot describe to you the anguish this caused me.  The doctor could have just said, “There is no more point to dreaming, no dream you ever had will ever come true.” It would have felt the same, either way.

It seemed to only make matters worse that I was a Pastor.  In the midst of all this pain, my job only seemed to amplify the agony.  My faith had been shaken, yet my livelihood consisted of me talking about faith.  I felt like a hypocrite.  I wanted to find another job; I wanted out of the career that I had chosen.  I was depressed and just when I felt I had hit the bottom of my emotional freefall one of the teenagers in our Youth Group came to us and shared that she had become pregnant.

I can’t tell you how many times I shouted at God “What are you doing! What did I do to deserve this.” When working in a church you can be exposed to a lot of different types of people.  It really is the same as any other job.  Some people can be extremely comforting and loving, this really is the majority of what we experienced from our church at the time. Yet, the ones that stick in your mind are the people who don’t exhibit those traits. One congregant took it upon himself to stand in front of the rest of the church and tell everyone that what we were doing as a church he felt was anti-biblical.  As evidence, he said “This is why some people in our church can’t have children."

While I sat in my depression and crisis of faith, my wife began to climb out of the pit of despair.  She turned her sights on adoption.  A direction I was in no mood to begin looking in.

She began to research it, read about it, talk to her friends and family about it and their experiences with it. She asked me if I would be okay going to a few meetings with some agencies, no commitment necessary.  I agreed and that agreement brought joy to my wife.

The first meeting we went to they talked about the different types of adoption.  The one they pushed the most was open adoption.  They shared why it was the most healthy option for both the mother and the child.  This made sense to me.  And I wanted nothing to do with it.  I told my wife I was not ready.  I told her that when I was ready, I would never be ready for an open adoption.

We continued to go to these meetings.  Some of them helped me move closer to the idea of adoption, some of them didn’t.  However, what impacted me the most was a Superman comic book.  I am not joking.  It is a moment of my life I will never forget. Action Comics Vol. 2 Issue 5, it was a retelling of the origin of Superman from two points of view.  The first part of the story was from Superman’s birth parents as they send him off to earth to save his life, written by Grant Morrison.  The second was from his adoptive parent’s point of view here on earth written by Sholly Fisch.  I read this comic through tears as I began to channel all of the personal experiences I have had over several years into the pages of this story.  I read as Jonathan and Martha Kent went through the struggles of infertility.  How this child fell from the sky just as they realized they would not be having biological children.  I read it again and again and again.  In the first part, as Superman’s birth parents placed him in that ark to save his life, his mother says “We must be brave.  At least as brave as he will have to be.” I felt as though God himself was speaking to me through this comic.  If I were to adopt, the birth parents would need to be brave.  My wife I knew was already brave.  This child would be brave.  It was time for me to be brave. I began my own personal rally.  I posted it all over my Facebook, I purchased t-shirts, it became my slogan, “Superman was adopted.”

It was still a journey for me.  Shortly after reading that comic book, we left that church.  I searched for another church and when we finally found the church family that I currently pastor, I turned to my wife and said: “Maybe we should start the adoption process again.” She couldn’t have been happier.  And as if it was some sort of divine confirmation, that same week my best friend from my childhood called me up.  His girlfriend was expecting a child and they would like us to consider adopting their child.  This means that not only would our adoption be an “open adoption” but I cannot imagine a more open adoption.  Obviously I am not going to shut out my best friend of more than 25 years.  All the stories I could share with our child about their birth father and I.  I went from being completely against an open adoption to participating in a very open adoption.

Nine months later, as I waited in the hospital while the birth mother was in the delivery room, my wife came out with tears in her eyes.  “He’s here” is all she needed to say. When I laid eyes on him for the first time, I fell in love.  We went on this journey for a reason.  It was for this little guy.  My buddy.  Superman has been adopted! I would go through it all again.  I knew God would allow me to be a father! He stayed faithful even when I didn’t understand! 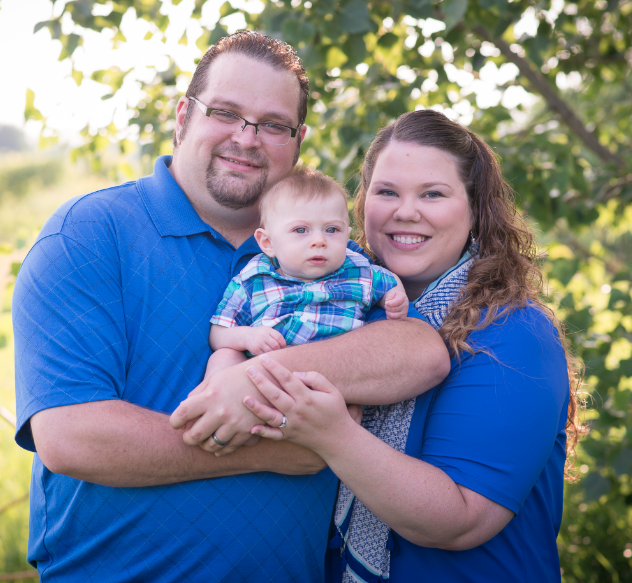 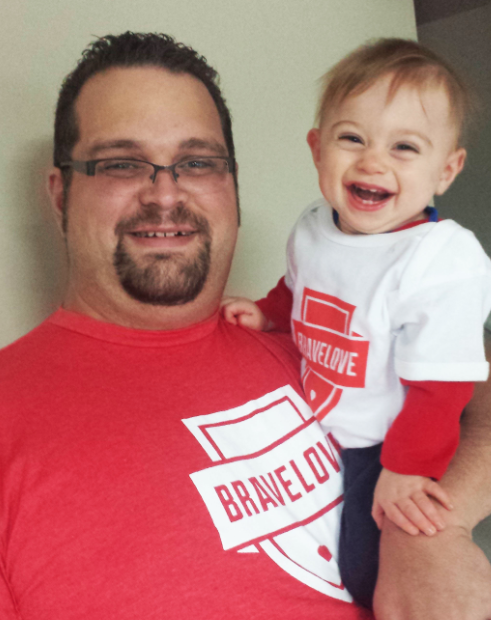 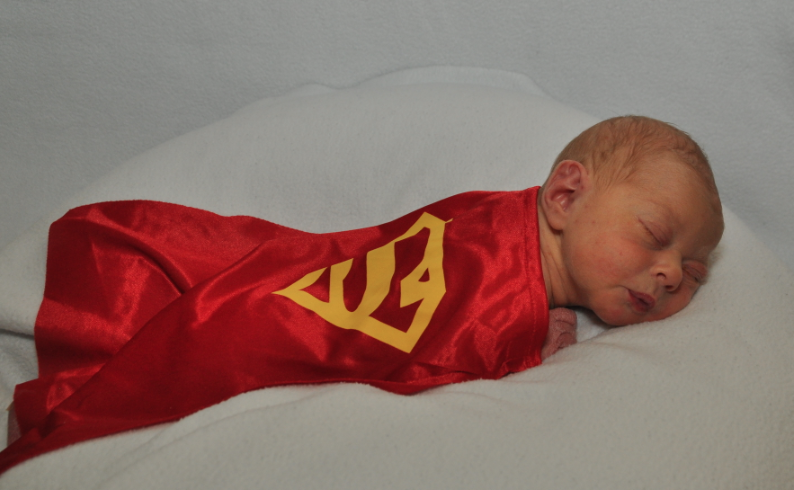