Melanie | An Adoptee from Texas 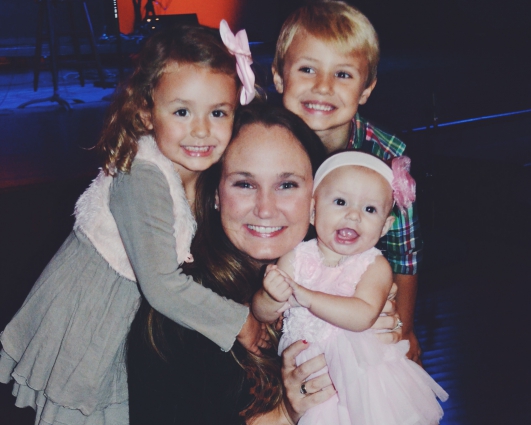 I don’t remember a certain moment in my life when I found out, it seems like I have always known.

I don't recall how my parents told me I was adopted. When I asked my mom she read the book The Family That Grew to me every night. And that makes sense to me and how I just always knew I was adopted, it was just a simple part of my every day.

Have you ever met your birth mother or birth father?

What would you want to say if given the opportunity?

I would tell her, thank you. I actually have taken all the steps to be placed in contact with her, however, she is not ready to meet me at this time since she has not contacted the agency back. She did want to meet me in 2003, however, I was not ready at that time. I was more curious than thankful at that time and knew I didn’t want to meet her just out of curiosity.

Do you have any negative feelings about your adoption?

Because they can’t imagine another woman taking care of their baby. They don’t want to go through pregnancy and/or labor or they just want it “over and behind them” because they view it as a mistake.

I'm sure you've heard the different myths about adoption. If you could dispel one of them - what would you say?

I would disagree with the assumption that all birth mothers are troubled, poverty-stricken or are forced by parents to “give the baby away.” I was born at 28 weeks, I was in the hospital for 6 weeks. From the history I have been given, I believe it was not until the end of the 6 weeks that my birth mother chose to place me for adoption. That had to have been one of the HARDEST decisions she has ever made in her life. After seeing me and maybe holding me she chose to give me a better life than she could give me. That tells me that birth mothers are extremely selfless, smart, loving and brave no matter the circumstances that may have gotten her to the point of making that decision. She made that decision and that is what matters.

My greatest wish for birth mothers today is that they know that placing their child for adoption is the bravest, most courageous and selfless thing they could possibly do. It is an act of love no matter the circumstances behind it.

I love that BraveLove is making it known to potential birth mothers that adoption is a choice they can make. It is providing examples of positive experiences about adoption that birth mothers can relate to and in turn consider adoption.