Laura | A Birth Mom from Louisiana 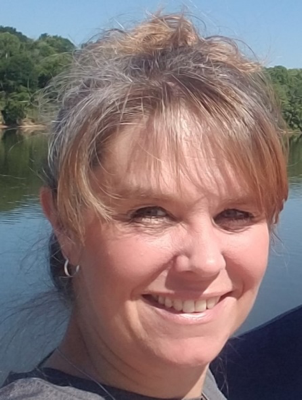 Conflicted because I was only 16 and not married, but there was going to be a baby and he/she was mine.

Ultimately, I chose adoption because I wanted my baby girl to have a life with a Daddy that loved her like mine loves me. Parents that love her more than anything.

Through most of my pregnancy I did not entertain any other option other than I was going to have and raise my child. Her father was not ready for a family at the time so he was out of the picture. My OBGYN was the biggest influencer in my adoption story. Even though I would tell him over and over that I was not interested in adoption, he would tell me about this couple he had been treating for 9 years that were unable to have a baby. At all of my appointments he would tell me a little bit more about them and what amazing parents they were going to be someday.

Before my adoption, I didn’t really have any thoughts or opinions on adoption. At least none that I felt particularly strongly about, that I can remember. I knew it was something people did for various reasons, but it had never affected me directly so I had never put too much thought into it. I do remember that my sisters used to tease me that I was adopted and that never made me feel good. It was not something that I wanted to be true.

Since placing my daughter for adoption (28 years ago) my thoughts on adoption continue to grow and change. Even now. I do know that every story is as unique as the people involved. It profoundly affects more than just the birth parents, child(ren) and adoptive parents.

It is a wonderful, terrible journey. It is a blessing. It is hard. It is not for everyone.

Every person touched by an adoption has amazing and hard stuff they have walked, are walking, and will walk through. Being a birth mom will take you through more emotions than you ever knew you were capable of feeling, both good and bad. In this journey, there are mountains and valleys. IT IS WORTH IT!

I was surprised most by how little I had to contribute to the process of adoption.

If you could dispel any myths about adoption or birth mothers – what would you say?

Myths I would like to dispel is that birth parents “give up” their babies because we don’t want them. We want them more than can be expressed, but we know someone else can give them more than we can. Also, not all birth fathers tap out. Their thoughts and feeling should be considered.

There have been days, even seasons, in her life that I have struggled and/or been discouraged. Two days after I signed papers, which was 72 hours after she was born, I lost my mind. I had been stuffing and burying all of the emotions that I had been having with no intention of dealing with them and my heart was hurting so much that I could not ignore them anymore. Then there have been many times throughout her life that I felt discouraged. Every one of her birthdays, every Christmas, my wedding day, the days my sons were born. Because I wanted to be a part of her celebrations, and I wanted her to be a part of mine.

However, being discouraged and regretting my decision are not the same. I have never regretted my decision.

I am blessed in my relationship with my daughter. It is open, loving, grace-filled and fun. It still has hard stuff because all relationships do. But now, as she is an adult, I get the fun of being her mom and friend without having to have been the one to discipline.

What’s been the greatest reward or surprise of being a birth mother?

One of the greatest rewards of being a birth mother is knowing that God blessed me and my daughter with two more people that love and want only the best for her like I do. With an open adoption, I have had the added blessing of seeing and being a part of the wonderful life her parents were/are able to give her. In that life, she has been able to fulfill her potential that I was not equipped emotionally, physically, educationally or financially to help her achieve.

I pray that birth parents would never doubt their decision to love their child(ren) more than the world understands. NEVER BE ASHAMED.

I am excited to partner with BraveLove to change the negativity, the stigma that seems to surround adoption. To be able to help the world to see adoption in a positive light as the blessing it is. And that birth parents are from all different social economic backgrounds, all different races and religions.