The Secret Inside Me

"I owed this baby the best parents I could find him." #BraveLove
Posted by Friend BraveLove | 6 min read 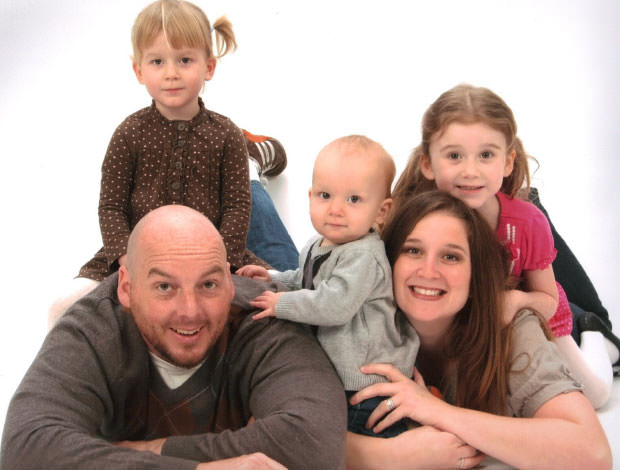 I grew up in a Christian home outside Portland, Oregon. As a child and teenager I talked the talk, but deep down I desired to live like the rest of the world. As soon as I turned 18 I rebelled.

Thinking I was invincible, I got involved with drinking, drugs and fooling around with boys. Eventually my poor choices caught up with me, and I became pregnant at 20. But instead of accepting the consequences of my immature behavior and making better decisions, I sunk further into my selfishness and hid my pregnancy from everyone around me.

Hoping my condition would just go away, I continued living in denial and resorted to self-abuse to avoid my problems. I prayed over and over again that God would relieve me of this burden. When I returned to college in Michigan in the fall, I feared the reality of my situation. What would this mean for my studies, my social life and basically, my entire future? I can’t do it; I HAVE to have a miscarriage. And though I felt ashamed for not wanting my own child, I refused to see how God could use this for good. I wanted it gone. I told no one else my secret and continued living a rebellious and irresponsible life, starving myself in an attempt to miscarry. 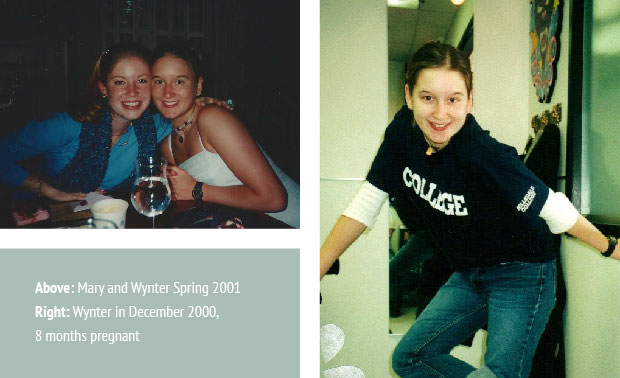 Finally, through God’s urging I started to realize there was no easy way out and I needed help. I knew if I had the baby, I was not ready to be a mom. Perhaps I could place it for adoption and no one would know. For the first time, I felt a little hope as I considered adoption a serious possibility. When I was home in Oregon for Christmas break, I went to an adoption agency, but they couldn't help me since I would be leaving for Michigan again in a few weeks.

I knew I needed someone at school to help me find an adoptive family and take me to the hospital when it was time. So I began to take the pregnancy more seriously and scrambled to make important decisions. I confided in Mary, a caring friend and mentor, when I returned to school in January. I told her that I was eight months pregnant and needed her help. She held me as I sobbed, and said she would help me get through this. I felt a huge weight lifted and was grateful for her support. And then she prayed for the life growing inside me; for its future and the family it would have. Finally, she prayed for me to have strength to do the right thing.

Over the next several days Mary took care of me. She made sure I ate well, exercised and even helped me hide my baby bump. Mary supported me in every decision, never pressuring me in any way. We called a local agency and asked them to find an adoptive family for my baby. I thought I had another month to figure out the rest, but the very next morning, January 17th, I felt a sharp pain in my lower abdomen during my first class. By the end of the next class, I had several more, each stronger and closer together than the last. I knew I was in labor and panicked. The baby wasn’t supposed to come now. I wasn’t prepared! I hadn’t gotten any prenatal care and there was no family for it yet!

Before long, Mary and I were at the hospital. Everything was all a blur—painful contractions and and countless doctors and nurses preparing me for labor and birth. I was scared, but Mary was beside me the entire time. At 3:56 p.m., I heard it—the cry of a baby. Someone announced it was a boy. He was tiny, weighing only three pounds, seven ounces, but healthy. Another asked me if I would like to hold him. I said no and they took him away.

Meanwhile, Mary sat in the nursery rocking my baby boy. She told him that he was loved, that God's hand was on him and he was not abandoned.

Hours later I called the agency again. The adoption counselor was surprised by the quick birth, but told me she had found a couple and asked my permission for them to visit. I agreed.

When she returned to my room she told me how beautiful he was and he looked a lot like me. My ears perked up as she described his little features and sweet disposition. Perhaps I should see him, I thought. Just until his new parents arrived. So I did. He was beautiful; with small features and wispy, dark hair that peaked out from under his soft, doll-sized hat. As I held him, he gazed up at me and my heart swelled with love. I sat there, staring down at this sweet little miracle. He was absolutely perfect. I knew the only explanation for his protection was God; He had a plan for this little one.

In spite of my new love for the baby, keeping him never crossed my mind. But I knew I could no longer give him to just anyone. I owed this baby the best parents I could find him. When the adoption counselor arrived, I signed the temporary release on the condition that I see the couple’s profile and meet them before making any final decisions.

The next day I held and fed the baby, cherishing every moment with him knowing it might be my last. A nurse took a few Polaroid pictures of him for me to keep before Mary and I hugged and kissed him goodbye. But when the adoptive couple’s profile arrived in the mail, and I was shocked by what I saw. Their photos and lifestyle were nothing like the young, sweet couple I had imagined for my baby boy. I wanted someone with me to meet them, but Mary was unavailable, so I made the hard choice to finally call my mother. Although shocked by the news, she was supportive and immediately flew across the country to help. We met with the couple twice for several hours, after which I became certain they were not the right family for my baby.

Offhandedly my mom thought of another couple from Florida that was considering adopting, and I allowed her to call them. They quickly sent me a letter describing their family and included several pictures and somehow I knew this was the family. Four days later, they flew to my college town; we met over dinner and talked for a long time. Afterwards, I introduced them to the baby and my feelings were confirmed. This was his family!

On February 7th I officially terminated my parental rights and a week later, the family took their new baby home. I will never forget what God did for me and that baby boy those 13 years ago, and I pray that my story will be a source of encouragement to others who find themselves in a similar situation.

Wynter is now married to Jonathan, and they have three children. To read the full story of her adoption journey, check out her memoir The Secret Inside Me. She has also founded The Made to Mother Project (M2M), which is dedicated to encouraging, supporting, and inspiring women by sharing their stories of motherhood. For more information about M2M, visit www.madetomother.com.

Wynter and Jonathan and their three kids 2013