"We want him to know that we did what was not only best, but also most difficult, because we love him." #BraveLove
Posted by Friend BraveLove | 5 min read 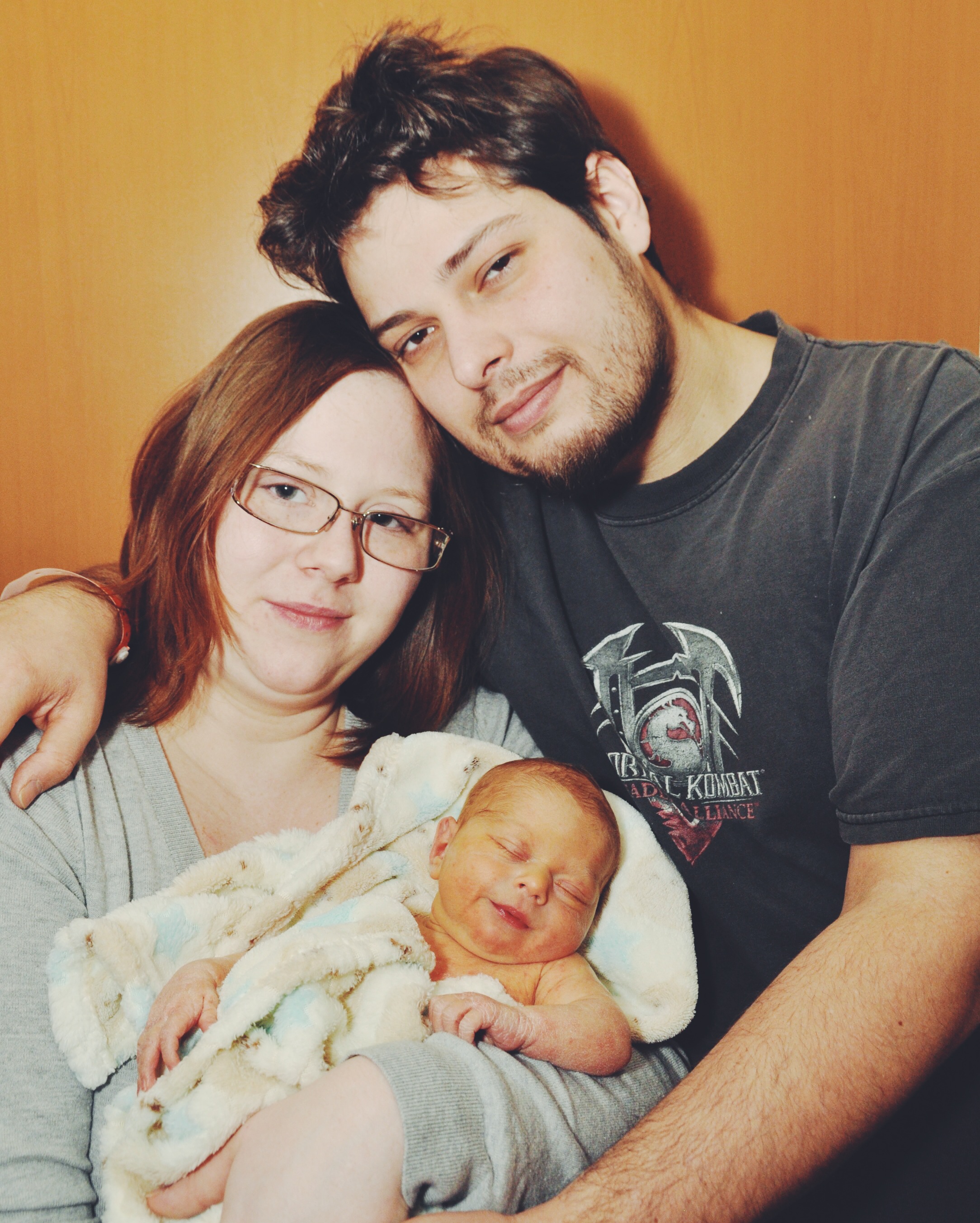 One conversation sparked a connection that would last a lifetime.

This month, BraveLove is honored to share the Extended Family Series! Four narratives told from the perspective of the birth mother, birth father, and the adoptive parents. One couple's unexpected plans led the birth father to reach out to his childhood best friend for help. You'll never believe where this conversation led them. Meet Tiffany, a birth mom, and learn what led her to consider adoption.

We found out I was pregnant on May 5th, 2014, though we knew before that. It was a reality I didn't want to face and so I kept putting off taking 'the test,' because receiving that positive result meant making decisions I didn't even want to contemplate. I already over-thought simple things, like what to eat based on nutritional content simply because I didn't feel well. How was I supposed to get absolutely anywhere deciding what do to with a kid I couldn't care for?

My first thought was abortion. It seemed like the best way to get everything over with, but in hindsight, it's the ultimate coward's way out. Funny thing is, adoption seemed cowardly at the time. I almost joined the majority which aborts, simply because adoption is surrounded by such negativity. Even now at 24 weeks into the pregnancy (as of writing this, Oct 21, 2014) my own family tells me how horrible I'm going to feel afterward, or how I'll be alone when I'm older because I abandoned my child.

Of course, I couldn't make a decision without my boyfriend Brian, the baby's father. His opinion was complex, but boiled down to this - it's my choice in the end, but in our exact circumstances adoption was more appropriate. There were only two things I knew for sure in the moments after seeing those two lines. First, if our baby made it into the world we didn't have the resources to care for him and second, whichever decision I made I'd live with. My own childhood, which resembled a season of Law & Order: SVU made me wary of subjecting my own baby to the horrors of childhood, so I still needed some convincing.

The very next thing we talked about that day was Kevin & Marissa. Brian and Kevin had been close friends since kindergarten, so Brian was around to offer moral support a few years ago when their endeavors to start a family turned towards adoption. After a conversation whose brevity surprises me still, he now had my consent to offer them another opportunity to adopt. I can still hear Kevin's initial shock, exclaiming "What!?" so loud I could hear it even though I wasn't on the phone. Naturally, it had to be discussed with Marissa. Those few minuets before he called us back were so unnerving. I was aware of their relatively recent move to their new home & Kevin's new job there. I found myself praying to a god whom I didn't really believe in. I prayed that they would still want to adopt all things considered.

Turns out, they did. It was a huge weight lifted off my shoulders.  Kevin and Marissa had apparently always planned on an open adoption and once I started thinking about it, that's how I wanted it to be too. They wanted their child to have some sense of where they came from and know that there's nothing to be ashamed of in it. If they had to adopt, they were going to do it right.

I don't remember the exact date of our first meeting, but I do remember being more anxious than ever before (which is actually saying a lot). What if they didn't like me? I really didn't know how these things worked. That day at Olive Garden, talking with Marissa while Brian & Kevin went into their own little world of conversation, my feelings thawed. I suddenly felt good about what I was doing. We connected over our bottomless soup and I somehow knew that the gravity of my side of the situation wasn't lost on Marissa, despite our being polar opposites in some key areas. She understood how hard this whole thing would be on me and appreciated what I was doing.

She and I have come to describe it as a fairy tale of an adoption. We both love this baby. It hurts, but I know that all the love I have for Micah (I let them choose the name since I had no preference) still can't clothe & feed him or get him toys or anything else he needs. And I love him too much to deny him the life Kevin & Marissa will give him just because I'm not always in it. She'll always make sure he knows that growing up. All four of us want him to have as much contact with his biological parents as he wants to. We want Micah to know his half-sister, Erin. We want him to know that we did what was not only best — but also most difficult because we love him. And Brian & I want to be able to answer the inevitable questions that are going to be directed at us.

Marissa has been as involved in my pregnancy as any adoptive mom can be. She & Kevin were present at the ultrasound when we found out we were having a boy. After, we went and bought Micah's first bibs and onesies. I always let her know what's going on with my prenatal care. She sends me pictures of new things that she gets for him, like his crib & changing table, or particularly cute clothes she finds. Every day I play recordings of her reading stories against my abdomen so he knows her voice. We plan on having a shower for her and Micah where I'll be present & are even collaborating on the registry for it. Every week or so we talk on the phone and swap nursery ideas among other topics of conversation. Soon I'll even get to meet Kevin's family - I'm the only one who hasn't yet. There are even plans for the two of them to be present when Micah is born in January.

More than anything, we're really creating an extended family for a baby that already has four parents. 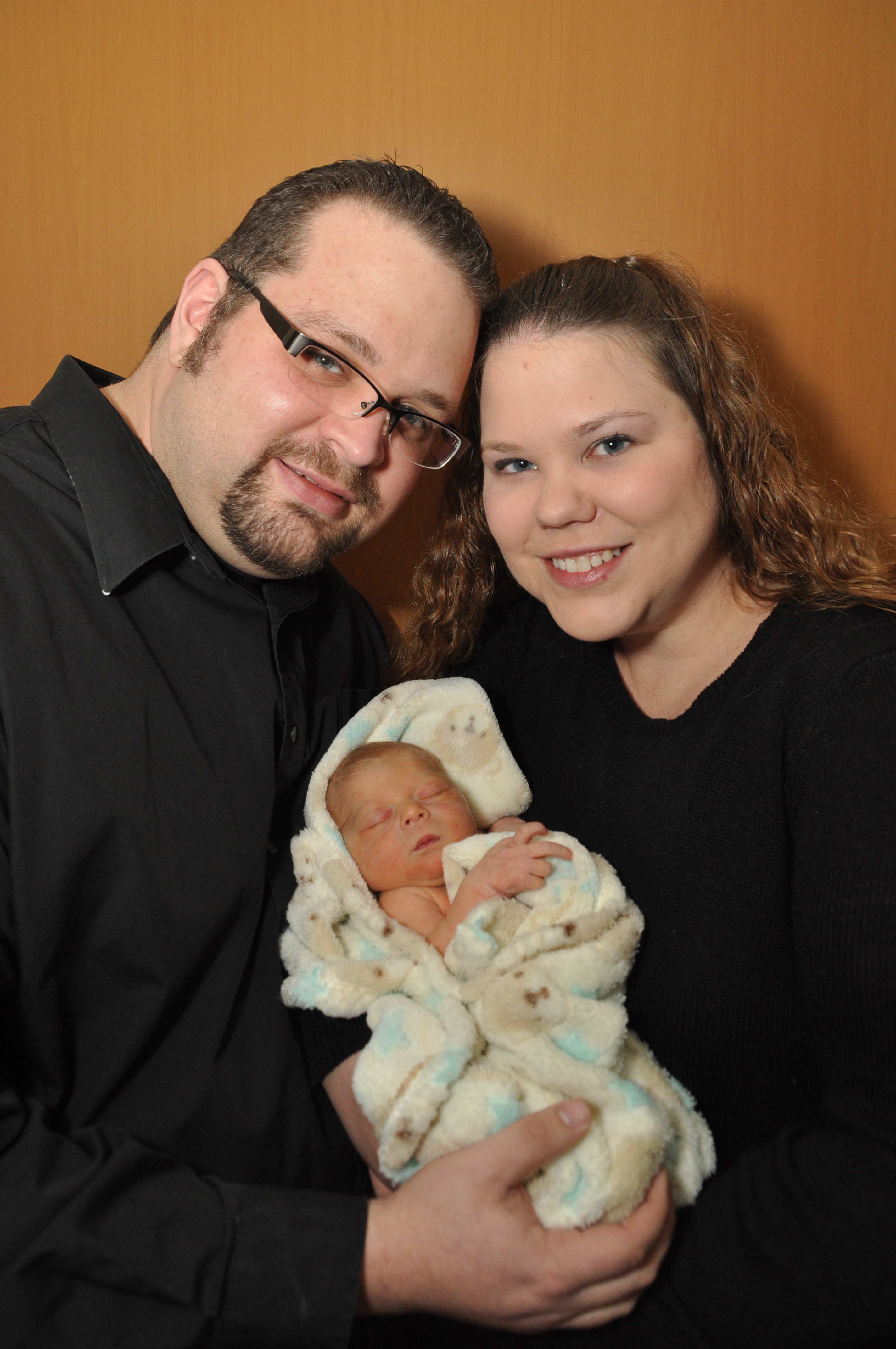 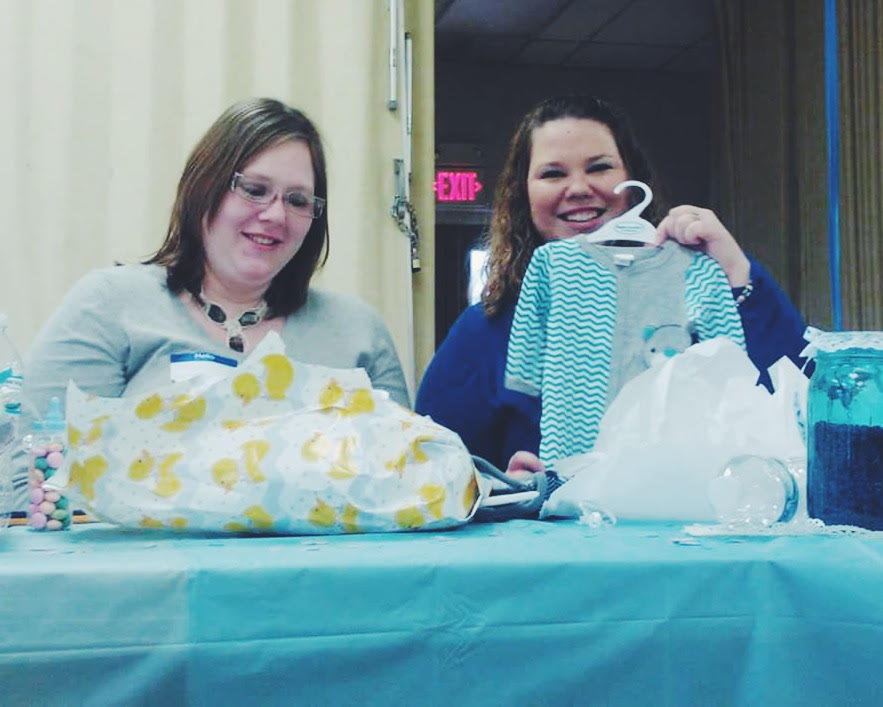 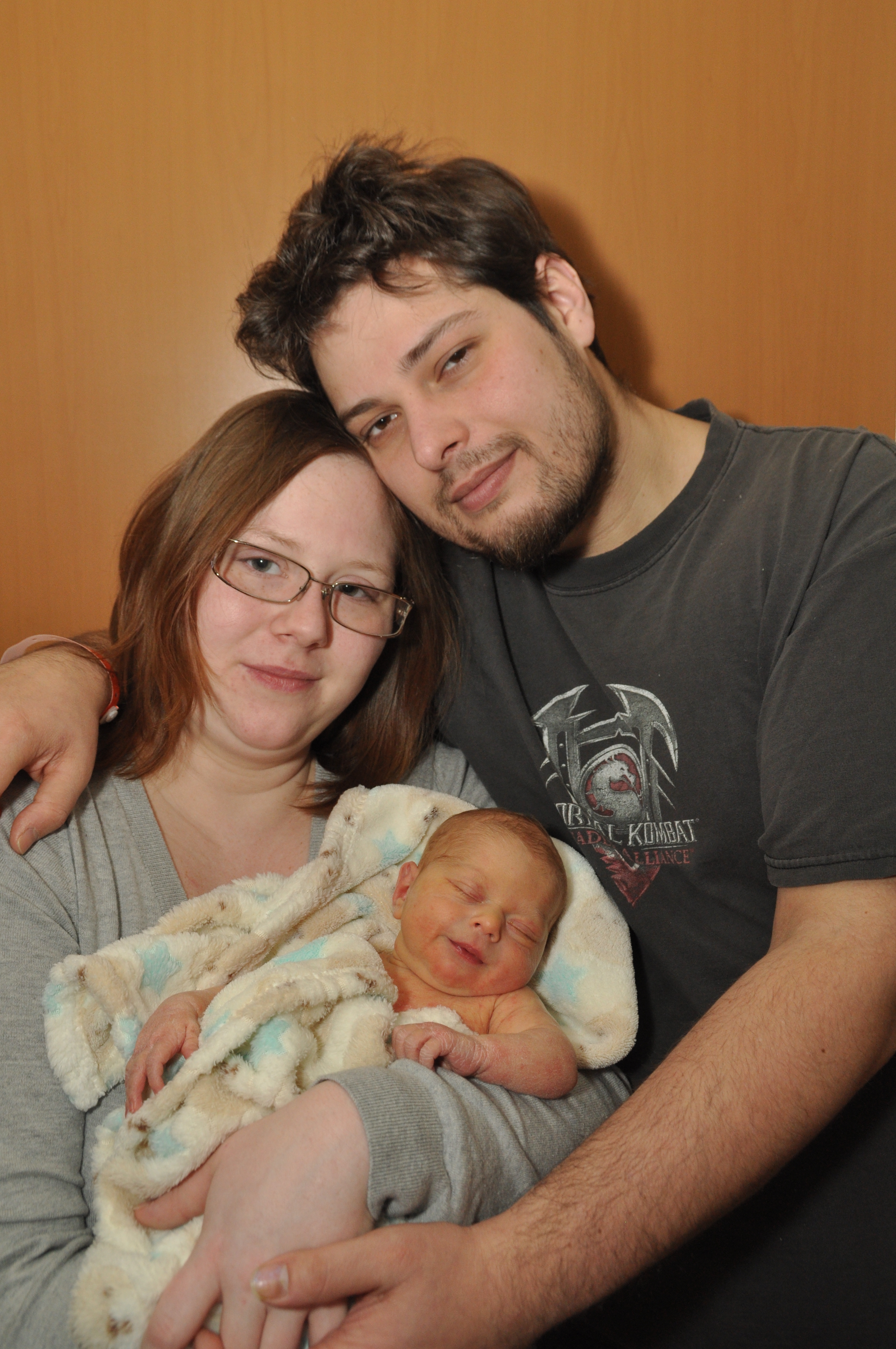 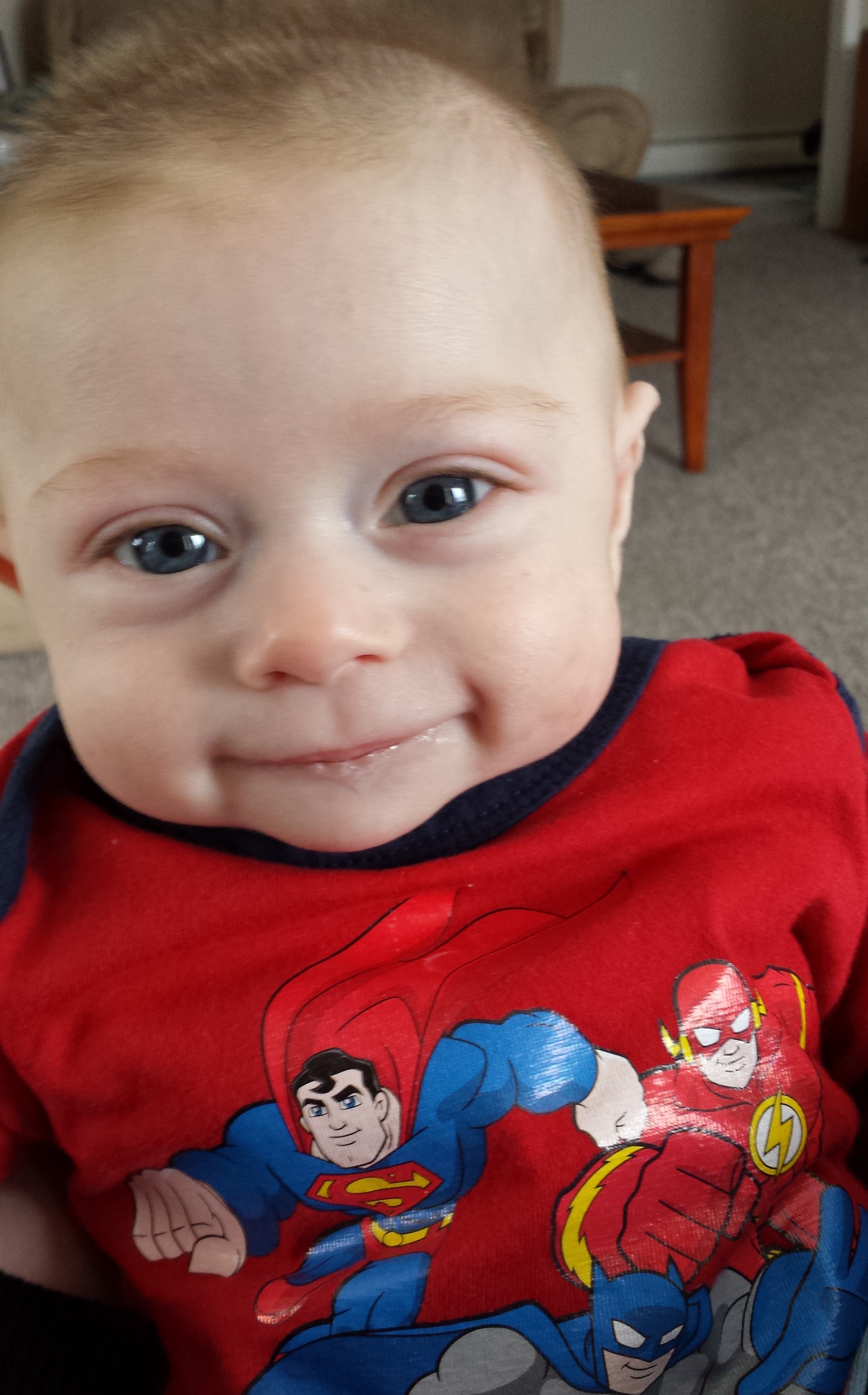 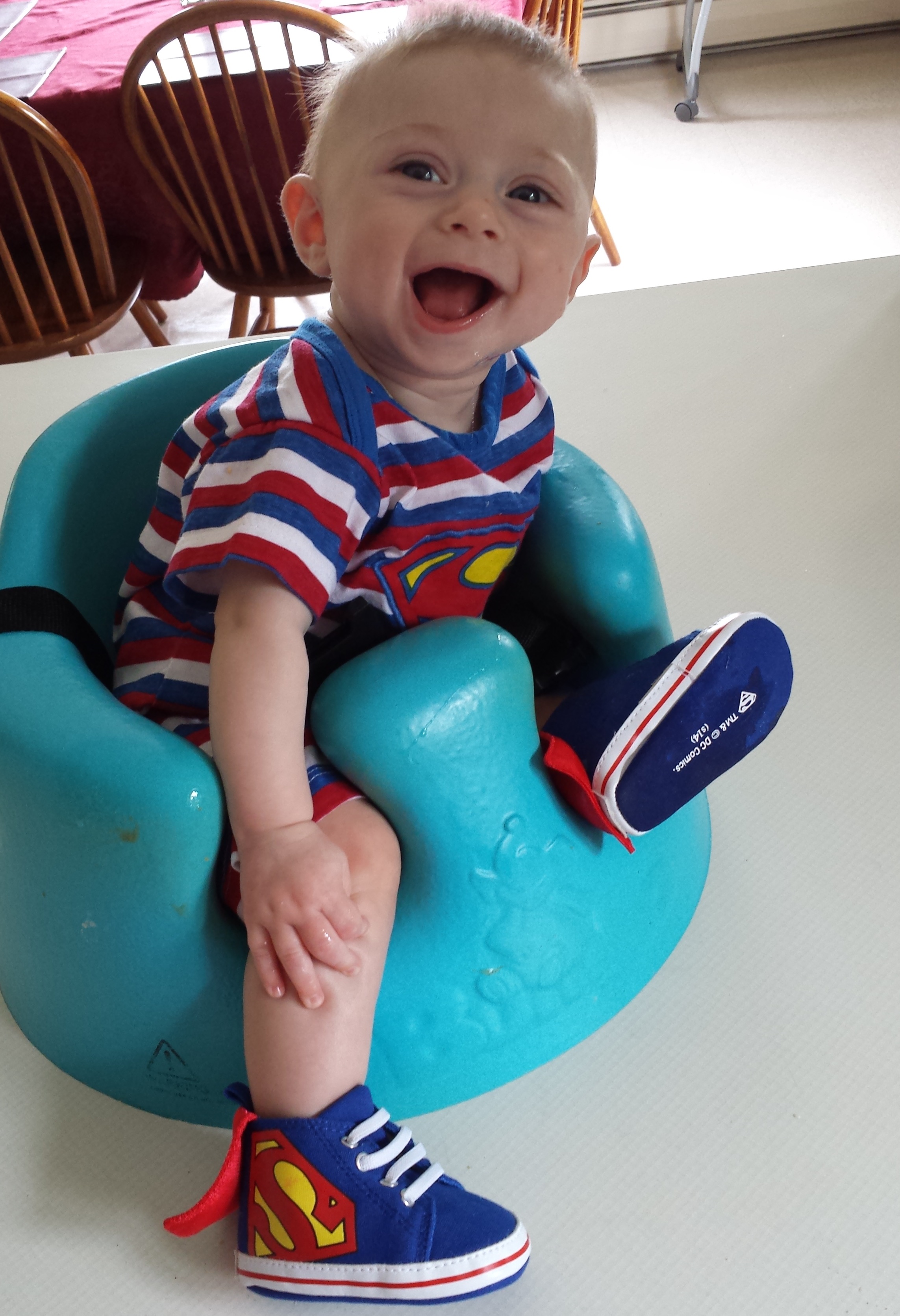 Stay tuned as we continue to journey through this adoption story!  Next, we'll hear from Brian, the birth father, and hear more about the conversation which changed everything.