The Bond Between Mothers — Charity's Story

"As a birth mom, I am forever grateful for my daughter's mother..." - Charity, birth mom, #BraveLove
Posted by Friend BraveLove on February 20, 2018 | 3 min read

Warning: The content of this story contains very sensitive subjects and potentially distressing material about the effects of depression. 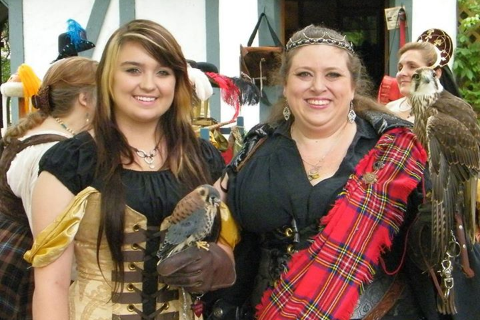 As a birth mom, I feel a special love for my daughter's mother. My special relationship with the mother of my child started three months before her daughter was born.

I was one of those that didn't know they were pregnant until at the beginning of the third trimester. For many reasons, I decided to place my daughter in a loving home. I went to the agency and went through so many profiles, and there was only one that stood out. That was my daughter's mother.

When she found out that I chose her, we talked every night for hours. This only solidified that she was the one. When our daughter was born it was her that held her first. She was the one that said it was ok to be called mom but I insisted that I be called Ma Mare (French for mother). My daughter's mother is amazing. Because of her, I got to spend our daughter's first birthday together and her second Easter.

Then came a time that I stepped back and let them grow together. I wanted our daughter to focus on growing up and being a happy little girl. The next time I saw her mom and our daughter was in 2000 as I was flying back from England. It was the best 30-minute layover ever. Years went by and when our daughter was 14 she wanted to meet me. (Talk about being nervous.) For a month, I couldn't eat or sleep. When we finally met, we looked at each other and simultaneously said, "This is stupid!" (stupid for being nervous). Since then we got to spend a weekend every year with each other.

Never once did I ever think or wanted to take the place of her mother.

We found out that we were very much alike. My daughter's mind worked like mine. So, after she was in a very abusive relationship and other family issues (not with her mom), she tried to commit suicide. It was then that I found my role in her life would be deepened. I was asked if I would be willing to have her live with me because I was half a country away from the situations that caused her despair.

That year was full of ups and downs. I knew she would need time to process things. She was stranded back in her home, and she felt she now had to tools to succeed. Succeed she did. She graduated with her BS in Marine Sciences by the age of 20. I am so proud of her. At 21, she is in a Masters program in college. She has an internship in her field that will take her half a world away. I will miss her, but oh so proud of her chasing her dreams.

As a birth mom, I am forever grateful for my daughter's mother. She is my hero! She was perfect for our daughter. I never expected her to be perfect, but she is perfect for her daughter.

We are not the typical adoption story, but I wouldn't have it any other way.

Charity is a master falconer, painter, cook, and birth mom. She enjoys talking to others about the conservation of our birds of prey. Her family now consists of her beloved, her daughter and her family, her dad and momma, 2 Pomeranians, 2 falcons, 1 barn owl, and close friends. Life is full and very rich.