Danika | An Adoptee from Oregon 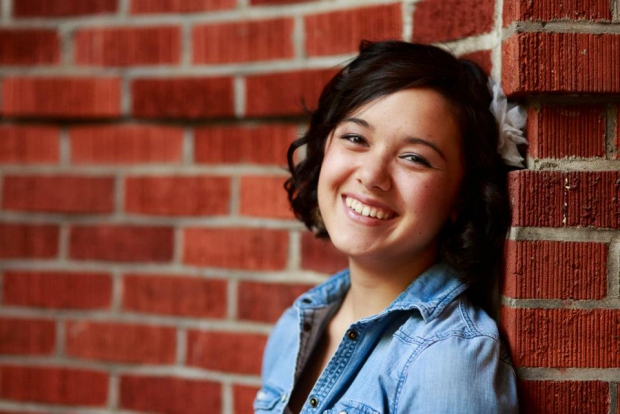 My parents raised me with the full knowledge that I was adopted, but I didn’t understand what that meant until I was about 5 or 6.

They explained to me that my birth parents were too young to take care of me (they were only 17 when I was born), so they decided to give me to them so I could be raised in a loving and caring and better-prepared home.

It started out as closed, but I wanted so badly to meet my birth parents that my parents opened it up.

Have you ever met your birth mother or birth father?

Yes, I have a very close relationship with my birth mom and I see my birth father often. They both live about an hour away from me (they are no longer together for a variety of reasons), so I make an effort to see them as often as possible. They had a son together, then my birth mom got married and had more children, so I have a lot of half-siblings that ask to see their “big sissy” quite often.

I first met my birth mother when I was 7 years old. It was all I could talk about for months before and after the experience. We met at a book store (we’re both book people to this day) and I think we all cried. Right away after that, I started seeing them more often, and now she and I keep in touch quite often. Because we’re only 17 years apart, she’s kind of the “cool aunt” in that I go to her with things like boy advice and funny YouTube videos.

I met my birth dad when I was thirteen. My parents thought it was in my best interest to wait longer to meet him. He has a big Filipino family and I got to meet them all at once.

Do you have any negative feelings about your adoption? If so, what?

I have absolutely no negative feelings about my adoption and I never have. Like I mentioned earlier, my birth parents had a son a few years after they had me, and they chose to raise him rather than placing him for adoption. I’ve been able to see firsthand the whole “nature vs nurture” idea - we have so many things physically, biologically, and chemically in common, but the way we handle issues is so different just because of the way we were raised.

I’ve actually had the unique experience of talking to young expecting mothers about the idea of adoption. What they have told me is that they don’t want to have that feeling of regret afterward, like they’re taking the easy way out. My perspective is a little different - I think some women don’t consider adoption because of the sheer difficulty. I can’t imagine the grief my birth mother felt after holding her firstborn child, then entrusting me to some near-strangers. That would be absolutely heartbreaking.

I'm sure you've heard the different myths about adoption. If you could dispel one of them - what would you say?

I think people assume that if parents choose to adopt and have biological children as well, they’ll naturally like their biological children more. I mean, that’s how it worked for Cinderella, but not in real life. Looking at my adoptive family, it’s pretty clear that I’m adopted - they’re tall white athletes and I’m a shorter half-Filipino musician- but mentally and emotionally I am one hundred percent a part of the family. My adoptive parents and I have so much in common and I have never felt like I wasn’t loved the same as my other sisters.

I wish birth mothers would see the sheer GIFT they are giving to parents. Parents like mine, who struggled with infertility for years, are able to raise and love and nurture children they wouldn’t otherwise be able to, all because a birth mother chose to be selfless and make a sacrifice that benefits her child.

For my whole life, I have felt so very strongly about adoption. It’s amazing to see how adoption brings families and friends and prayer groups and neighbors together, and I will never cease to be amazed at the bravery it takes to be both a birth mom and an adoptive mom. I have friends who have been on both sides, and it is so wonderful to watch families grow and lives improve because of something as amazing as adoption. I love that BraveLove is an organization that takes things like religion and politics out of the idea of adoption and makes it an accessible and support-filled experience.