I Thought I Was Above Getting Pregnant — My Biggest Untold Story 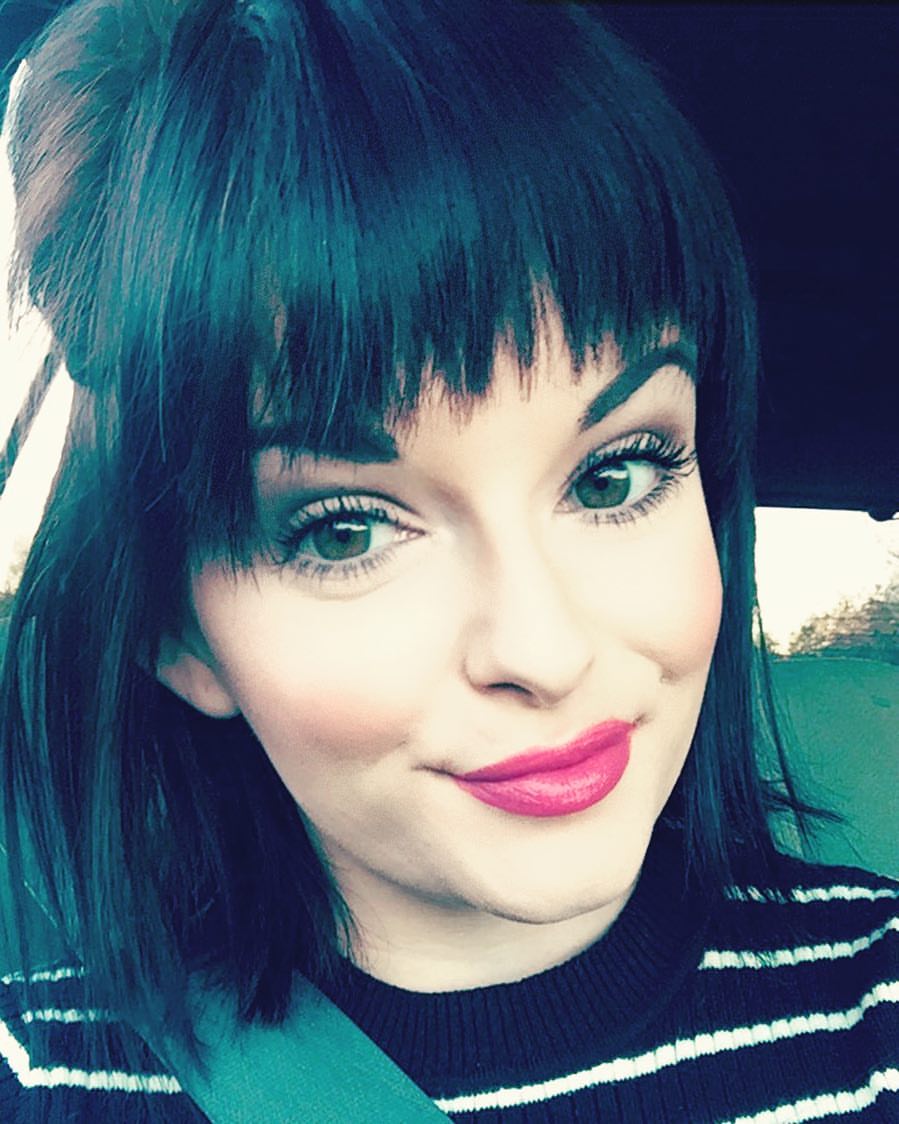 My story is not special, there are many others who have a similar story to mine but no two stories are the same and one person’s story could stand to empower, teach and reach people.

I don’t know if my story has that power, but I do know that by continuing to harbor this story like a dirty little secret I’m only hurting myself and I need to heal. So I am finally ready to tell my biggest untold story...

My name is Jesika and I am many things…I am a daughter, a sister, a friend, a wife, a mother, a niece and a birth mother.

In September of 2004 when I was a Senior in high school, I had a boyfriend (we’ll call him Dave) that I’d been with for a little over 2 years, I was on the Varsity dance team, I competed in DECA, I had fantastic grades and I was anxious about heading off to college wondering what I was going to study and what experiences I’d have and whether or not I’d be trying out for the dance team.

And like many teenagers, I was having unprotected sex. I thought I was above getting pregnant, I’d had little to no sex education other than that I should be practicing abstinence and it just literally NEVER crossed my mind that I would get pregnant. It was just something we did, it was no big deal, I don’t know. It sounds silly saying that but it’s the truth, I just didn’t think about it.

It was a Saturday and I was at Wal-Mart. It’s one of those moments that I will never be able to explain fully, because I don’t know what made me do it. I’d never been inclined to take a test before, and yet here I was buying one with some thought process that made sense and didn’t scare me half to death as it probably should have. I mean, what did I have to fear, it was going to be negative and I was going to go right on with my life. In a matter of seconds (not three minutes as the box suggests) my life changed. That was it. That was the moment I became a birthmother.

It took a total of 4 positive pregnancy tests. Abortion never crossed my mind.

Dave mentioned adoption once to me early on, and I’m sure I looked at him like he had two heads, and I said absolutely not. I know for a fact I said, “This is my baby and no one is taking it away from me.”

Dave disappeared within a couple weeks of us finding out. Not disappeared for real but in a teenage boy kind of way, he stopped calling me or returning my calls, he stopped picking me up after class, he just stopped. I realized I was going to be a mother and he’d realized he had the opportunity to ignore it and man did he take that opportunity. I told my parents within days of me finding out, I needed them and their support especially since I clearly wasn’t going to have Dave’s.

My parents brought up adoption too. Early on it was put on the table and although I was completely against it at first, my doubt felt like a little ripple compared to the waves that were telling me it was the right thing to do. So I did what any scared, 17-year-old girl who was alone and pregnant would do, I went along with it.

By my fourth month of pregnancy, I decided to graduate high school early. I quit my dance team, decided to place for adoption, chose a family, and had a serious growing belly. I had chosen my family, they had already adopted a baby boy and had an amazing relationship with the birth mother.

I was struggling. I was getting bigger, Dave was around less and less. I’d invite him to doctors’ appointments and he’d either say no or he’d say he’d be there and then not. I felt so alone. I felt so connected to him and he was the only person that was always there and never judging me. He just needed me.

When I began my 7th month I was seriously questioning my decision. The more time I thought and the more time I spent alone with my baby the more I thought I could take on the world. I’d say this, and everyone would drown out my thoughts with “You’re too young” or “You’d have to move out” and I’d get scared and say “They’re probably right”.

Then I got a call from our adoption counselor. She told me she had some news and I knew right away. The family we chose 5 months before backed out. No one wanted my baby, but me. I did. I wanted my baby and that was my sign. I made up my mind. I was keeping him. It was going to be hard and scary, but I’d figure it out and that was that. He did nothing wrong and now everyone was saying he wasn’t good enough and I knew in my heart he was all I needed and I was all he needed. I gathered all my strength, went home and told my parents my decision. Dave and I had a counseling session to discuss our next steps for choosing a new family and I once again gathered my strength to tell him my choice. I will never forget what happened next. The boy I loved, the father of my son, the one person who should’ve been by my side to support and take care of his child, told me this was the worst mistake I could ever make, that he wouldn’t be around, that I’d get little to no emotional/financial support and that I’d be all alone with a new baby and only 18 years old.

So I prepared. Mentally and physically. I got myself excited about what it would mean for both of us, he’d have a family that loved him and could care for him and I could go back to being 18. Go to college, have the life I was supposed to have.

I looked at three scrapbooks. The third one was the family I would choose to love, care for, raise, and parent my son. We met and they were just as amazing as their scrapbook suggested. I explained that the type of adoption I thought would be best for all of us was one where I could see him every month for the first year, plus every year after that I wanted to receive photos. If visits felt comfortable I wanted that too but above all...

I wanted him to know who I was and that I loved him fiercely. I knew my heart wouldn’t be able to take a fully open adoption.

Tuesday, May 31st, 2005. Less than a week after I graduated high school I started having contractions. Joshua was born Wednesday, June 1st, 2005 at 5lbs even. He was tiny and beautiful. Never in my life had I felt a love like that. My life changed forever that day. Not because I was graced with an amazing little boy, but because on that day I realized how precious life is and that I have a meaning. Every bad thing that happened to me, every cruel word or look, every judgment about the type of person I must’ve been to be in that situation, none of it mattered. It was actually comical to me to think that at one point it did. As I looked down at him and his beautiful brown hair and huge eyes and tiny nose I realized how amazing life had yet to be.

How important I was and it was all because of him.

Three days after bringing the most handsome baby boy into the world, came the one day in my life that I will never forget. I can’t imagine the happiness and excitement his parents had going through their hearts. But, their excitement was matched by my utter heartache knowing I was losing the only person in my whole life that had ever given me any sort of meaning. I knew that it was time for me to hand my son into the arms of another woman and come to terms with the fact that I would not be his mother. In my 18 years, I'd never experienced such pain and I wouldn’t wish it on my worst enemy.

His mom looked at me. She just looked at me with tears running down her face and all she could say to me was “Thank you." I don’t know what it was about that thank you. Because my heart was breaking into pieces and I felt like I was physically being tortured. Every motherly instinct in me wanted to scream that they were kidnapping him and yet, that thank you….it gave me strength. My brain knew that I was doing the right thing. That as much as I loved my little boy I wanted him to have the best life possible, and at 18 I wasn’t going to be able to provide that. I wanted so badly to be the mother that he needed but I just wasn’t able at that time and I knew that being the best mother to him right then in that moment meant giving him to his parents. I went home feeling completely hollow. There’s no preparing someone to carry a child for 9 months and then not bring them home. No one is strong in that situation.

At 30 years old I still sometimes find myself shying away from telling people I’m a birth mother, unless absolutely necessary. Society has taught me that what happened to me was shameful. That it is something that should be forgotten, and I should take the opportunity I’ve been given to move on and make my life what it’s supposed to be. But I’m not ashamed. I got pregnant out of wedlock at 17 years old. My boyfriend left me, I was alone and instead of thinking about myself I thought about my son. Through all my heartbreak my only thought was about how to give him the best life possible.

My life wouldn’t be what it is now if it wasn’t for Joshua and the choice I made. I just recently got married to an amazing man and have a gorgeous daughter who is 7 years old — her name is Rose. Adoption is a beautiful thing and created out of so much love, on both sides. I am grateful every day to my son's parents for providing him with an amazing, happy, loving life. 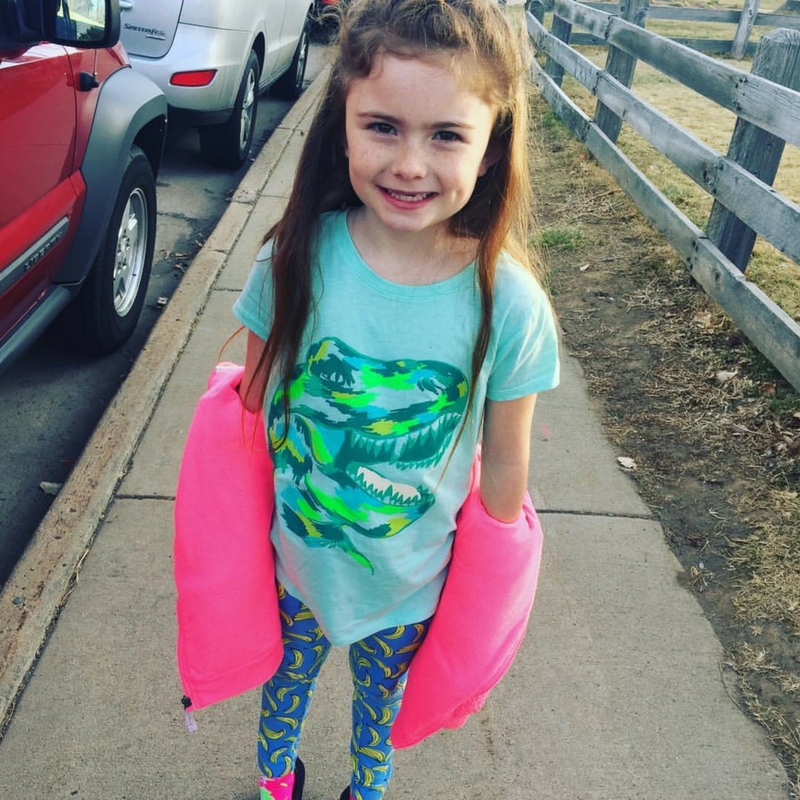 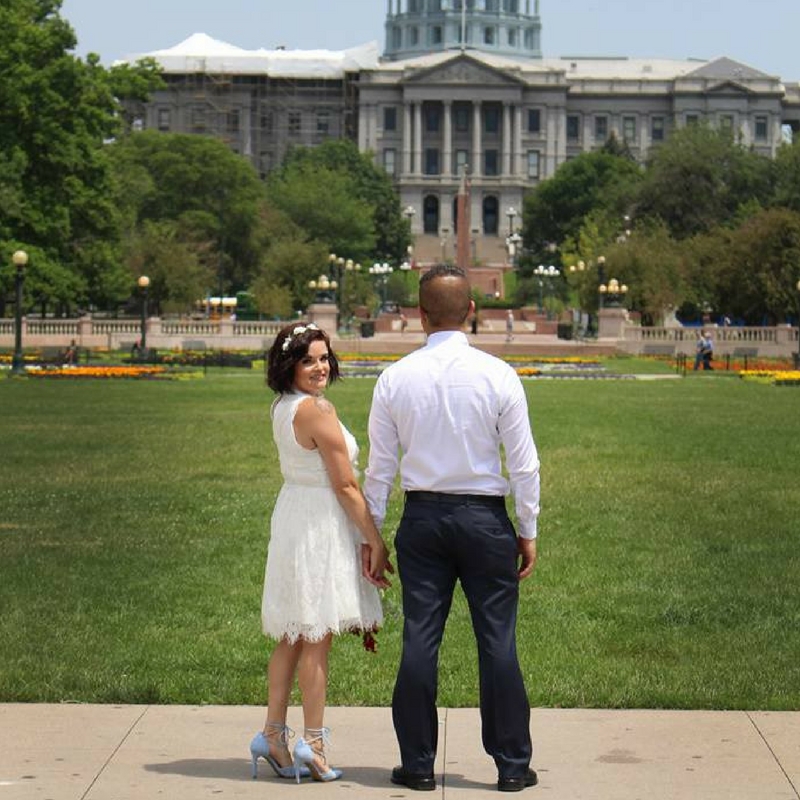 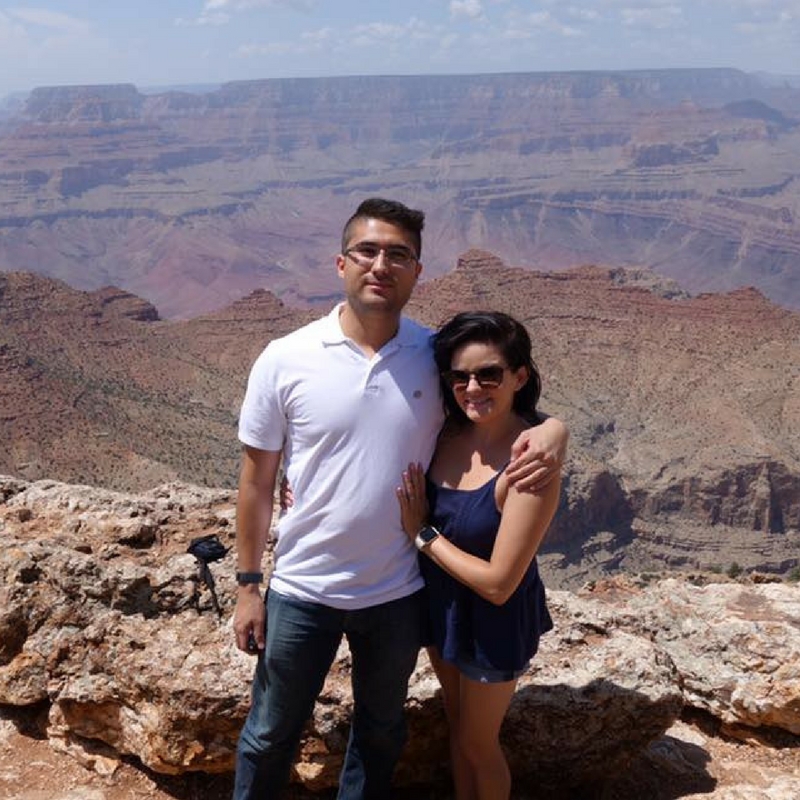