It's Book Club time! This month BraveLove's founder Ellen reviewed the book, and here's what she thought about it...

The Waiting: The True Story of a Lost Child, a Lifetime of Longing, and a Miracle for a Mother Who Never Gave Up by Cathy LaGrow 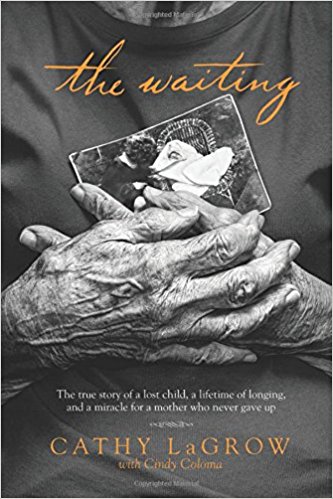 The book The Waiting took me on quite an unexpected journey. It is the story of Minka, a 16-year-old child of immigrants who is assaulted in the woods by a stranger while attending a picnic in 1928.  She becomes pregnant and is encouraged to place her child for adoption.

The rest of the story details almost a century of life as Minka longs to be reunited with her daughter and her daughter's life wondering about the woman who gave birth to her. As the arcs of these stories are combined, I learned a great deal about what life in mid-20th century middle America would have been like.

In spite of knowing from the book jacket that this mother and her beloved daughter would at some point be reunited, I was quickly drawn into Minka's life wanting to know the ins and outs of how they would finally meet. The story made me long to meet the birth mothers of my own adopted children and hear their stories.  I imagine those women out there living their daily lives, perhaps with other children as Minka has.  I wonder if they, like Minka, think daily about the children I call my own. I wonder if their hearts desperately long to be reunited with the babies they birthed. The Waiting makes me deeply wish that I could have the honor of introducing my children to their birth mothers.

The Waiting reminds me that everybody has a story. There is a knowledge and a life full of stories hidden behind the eyes of every person we see. So often, we never get to hear those stories. But in the case of Minka and The Waiting, I am very glad I did!

Want to join the BraveLove Book Club? It's easy. Here's how.

Read the books we're reading at any time, then leave your comments below on the respective post. So if you've read The Waiting, comment below. If you have a good book you'd like to read or review, contact us. We'd love for you to be our next featured book reviewer.

What book is next?

We want to hear from you! Comment below with your book suggestions, and then we'll make our pick and announce next week.